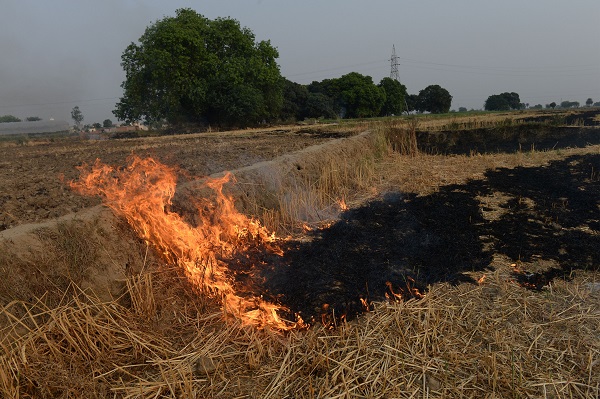 EVERY YEAR, a choking smog descends on northwest India as the region’s farmers burn their fields following the rice harvest – a phenomenon that has helped make New Delhi one of the world’s most polluted cities.

Now, scientists have come up with a method that would allow farmers to sow their winter crop, usually wheat, without burning off the stubble left behind after the rice harvest.

Researchers tested 10 alternatives to burning, finding the biggest profits could be achieved with a machine called the Happy Seeder.

The new method would allow farmers to produce more food, boost profits by up to 20%, and cut greenhouse gas emissions by as much as 78%, according to a study published on Thursday.

“Our analysis suggests that it is possible to reduce air pollution and GHG (greenhouse gas) emissions in a way that is profitable to farmers and scalable,” said the study, by a group of scientists from India and other countries.

“Our analysis strongly suggests that India has an opportunity, through coordinated public and private actions, to reduce burning, increase incomes, and transition to more sustainable agriculture while addressing the urgent problem of seasonal air pollution.”

The Happy Seeder is already being used on about 800,000 hectares of farmland used to grow wheat in winter and rice in summer – but that represents a tiny proportion of the four million hectares in northwest India known as the country’s breadbasket.

With a Happy Seeder costing $2,000, cost remains a major barrier, but farmers can hire a contractor to plant their crops with the machine, Jat told.

The study’s authors are urging the government and private sector to promote the machine’s use through subsidies.

Every year, farmers in northwest India burn an estimated 23 million tonnes of rice straw to clear the land quickly and cheaply in time to grow wheat, the study said.

If piled on top of each other, the amount would cover 1.1 times the distance to the moon.

India officially restricts the use of crop burning, but the practice persists and bans are rarely enforced.