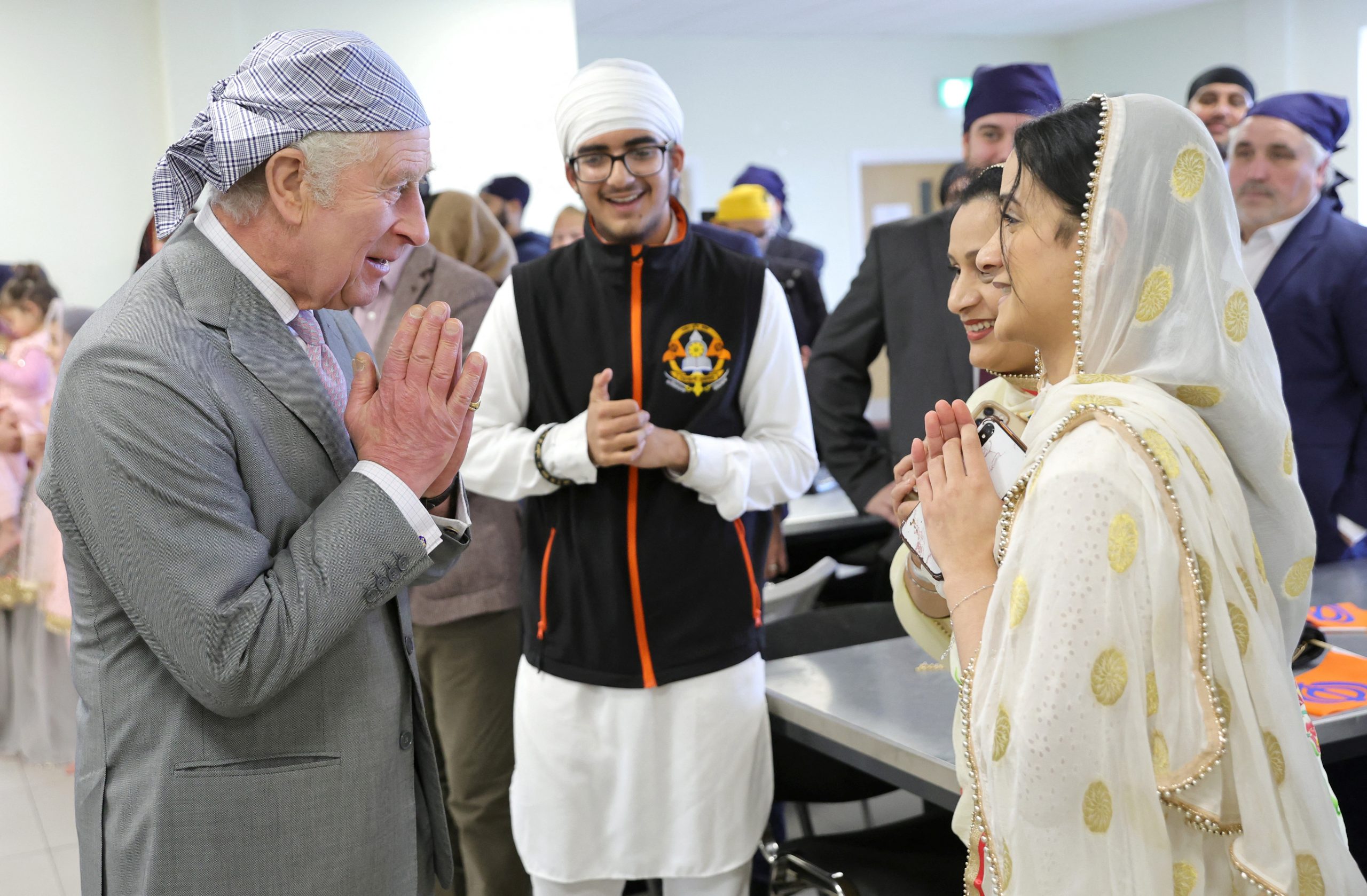 CHRISTMAS DAY was the first time that a king’s speech has been televised to the nation.

King Charles’s Christmas message took care to acknowledge the economic anxieties many people are facing, praised the contribution of public services and the civic spirit shared across faiths in modern Britain.

This tradition began as a radio broadcast under George V in 1932. The young Queen’s words were first televised in 1957, building on the success of her 1953 coronation, when those early days of black and white television brought live images of that royal ceremony to a mass public audience for the first time.

The coronation of King Charles III in May will continue a tradition that stretches back more than 1,000 years; yet, it will also be the first time most of us have experienced this. Only those in their mid-70s or older can have any living memory of 1953.

So, one core message of this coronation will be the monarchy’s effort to bridge and bind together tradition and change in the modern Britain that we are today. The king will be crowned by the archbishop of the established church, while finding further ways for the occasion to symbolise the monarch’s sense of his duty to protect the diversity of a Britain of many faiths and none.

It is a mission and message that can be much strengthened by this coronation year of 2023 – coinciding with the 75th anniversary of both the arrival of the Windrush in 1948 and the birthday of the National Health Service. Taken together, these anniversaries make this coronation year into a diamond jubilee celebration of the modern, multi-ethnic Britain that the Windrush and NHS together do so much to symbolise.

Both anniversaries feature on the Royal Mint’s first commemorative collection of 2023 coins featuring the image of the King. Bringing these links to life is an aim of the Windrush 75 network, whose invitation to everybody to participate in making the 75th anniversary year a major national occasion is being seized across sectors and institutions eager to play their relevant part in deepening the public conversation about our shared past present and future. This story of the Windrush generation is relevant to every classroom in Britain – because it can help to join the dots between the long history of Empire and decolonisation and the society that we now are.

So this anniversary offers a chance to recognise and document the contribution of the Windrush generation – those who came to Britain between 1948 and 1973 – and to understand the barriers they faced, despite the equal citizenship granted by the British Nationality Act of 1948. It is a story of pride and contribution as well as resilience against prejudice. The Windrush story reflects the scale of Commonwealth service to the armed forces in the world wars, the political controversies over post-war migration and integration, the experience of discrimination and the journey towards inclusion across the generations.

There is an important opportunity for inter-generation contact in order to capture both the lived experience of that pioneering generation and the story of social change over time. Getting that right could show how engaging with the making of modern Britain can transcend so-called ‘culture war’ controversies.

So the Windrush anniversary is also now the foundation of the story of four generations of change in modern Britain, reshaping every sphere of public life – from politics and business to faith, culture and sport. Without the parents and grandparents of those who came to Britain, ‘there would be no Rashfords, Sakas or Bellinghams wearing the Three Lions’, as former footballer Paul Elliott notes in his call for the game to celebrate the Windrush anniversary and mark both the progress across generations and to commit to renewing it today.

For cricket too, the anniversary is a chance to reflect on both the contribution of the Windrush generation and the contemporary challenges of reversing the decline in black participation and deepening the sport’s commitment to inclusion.

It is no coincidence that the Windrush and NHS anniversaries are just a fortnight apart.

From the 1950s to today, the NHS has been an exemplar of the positive contribution of migration and diversity in making possible something that we all value and share.

This anniversary year brings challenges for the NHS. Public dissatisfaction with the quality of service has hit levels not seen since the mid-1990s, exacerbated by staffing pressures, an ageing population and the impacts of the pandemic. Yet the core principles of the NHS retain as strong a grip as ever, making the anniversary an opportunity to address how to renew them for the future.

A coronation year is about both continuity and change. It offers a unique chance to strengthen our understanding of our past – and what that might mean for our shared future.