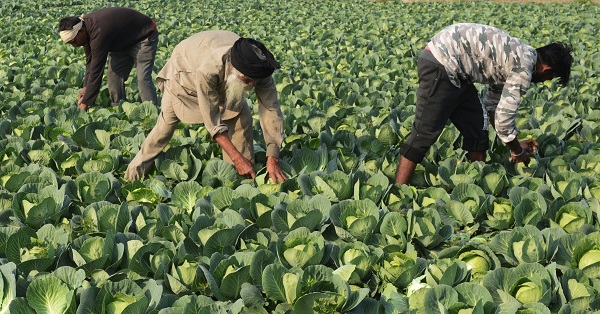 In India, farmers growing crops for seed company Mahyco get a text message after they deliver their harvest, noting its weight and how much was usable – followed quickly by another text saying their money is in the bank.

That reliable flow of cash through their accounts means when a farmer goes to ask for credit, the bank is much more likely to give them a loan, said Usha Barwale Zehr, director and chief technology officer for the Maharashtra-based seed firm.

As climate change makes farming far tougher and more young people reject it as a career, technological innovations to make the work more secure and appealing can help, agricultural specialists told the Skoll World Forum on Social Entrepreneurship in Oxford this week.

“Farming is hard work, drudgery,” she said. “No young person wants to stay in farming if they have other options. They would rather go to the city and do something else.”

But mobile phone apps that connect farmers with other rural entrepreneurs who invest in wheat-combines for hire, for instance, can give farmers access to easier harvests at a low cost – and provide an income for the harvester as well.

“We’ve seen a lot of excitement from farmers for these digital applications,” Zehr said.

In a region without enough on-the-ground agricultural advisers, the farmers use mobile phones to get fast advice on what to do when termites invade a field, for instance, said Foote, whose non-profit invests in such innovations.

“Agronomists can go out on a motorcycle (to visit) if needed, but 80 percent of the issues can be addressed right there,” Foote said.

Technology also is making it easier for African nations to judge what size harvest their farmers will bring in, without the need for slow and costly field visits, said Agnes Kalibata, president of the Alliance for a Green Revolution in Africa (AGRA).

Countries such as Rwanda used to send out analysts each season to look at 30 percent of the country’s farms – each with an average size of a third of a hectare – to plan ahead and try to ensure an adequate food supply, said Kalibata, a former Rwandan agriculture minister.

As climate change makes harvests more unpredictable, “we need to give countries a sense of what is going to happen, how to plan”, she added.

AGRA also has worked with African countries to end the popular but volatile system of providing free internationally sourced seed to farmers, and instead to support the development of private local seed distribution systems, Kalibata said.

Poorer countries are often under pressure from agribusiness to use land more efficiently by consolidating it into larger, highly mechanised farms, said Debra Dunn, who helped launch a sustainable food systems programme at Stanford University.

“The environmental and human health costs of that approach have been enormous, and a lot of farmers have been taken out of farming work,” warned the co-founder of the FEED Collaborative.

In African countries, and in India – where there are not enough alternative jobs for displaced farmers – “the wholesale adoption of these approaches would be disastrous” for some of the world’s most vulnerable people, she said.

Making small-scale farming more productive and boosting farmers’ incomes, even in the face of climate change, is a better option, the experts told a panel discussion.

Some places like Ethiopia – infamous for famine sparked by drought and poor governance in the 1980s – are already showing what is possible.

In recent years, Ethiopia has faced drought as severe as in the 1980s, causing food shortages but no widespread starvation, Kalibata said, thanks to mapping of the country’s soils and careful use of fertilisers to dramatically increase harvests.

Root Capital’s Foote said that in the places his organisation works, climate change had become “an existential crisis” with farmers “absolutely on the frontline”.

It was now crucial to “ensure farmers, and especially the most vulnerable, have access to the information and skills and capital they need to adjust”, he added.