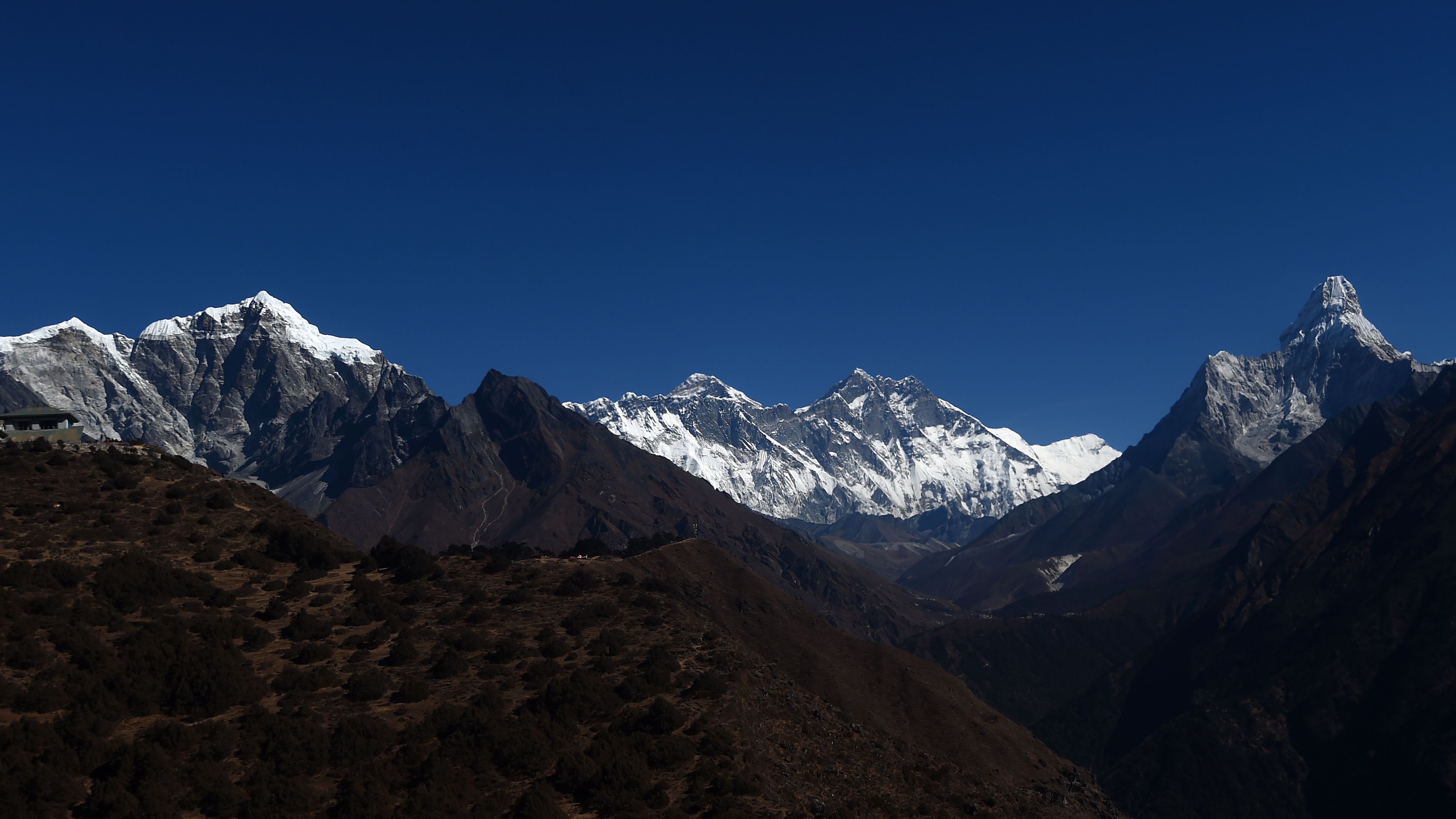 Glaciers have thinned and retreated across most parts of the region since the 1970s. Ice in the Hindu Kush Himalaya region would push up sea levels by 1.5 metres if it all melted, Eklabya Sharma, deputy director general of ICIMOD, told Reuters (Photo: PRAKASH MATHEMA/AFP/Getty Images).

At least a third of the ice in the Himalayas and the Hindu Kush will thaw this century as temperatures rise, disrupting river flows vital for growing crops from China to India, scientists said on Monday (4).

Vast glaciers make the Hindu Kush Himalaya (HKH) region – which is home to the world’s highest peaks topped by Mount Everest and K2 – a “third pole” behind Antarctica and the Arctic region, they said.

“This is the climate crisis you haven’t heard of,” said Philippus Wester, who led the report.

“Global warming is on track to transform the frigid, glacier-covered mountain peaks of the HKH cutting across eight countries to bare rocks in a little less than a century,” said Wester of the International Centre for Integrated Mountain Development (ICIMOD).

The report, by 210 authors, said that more than a third of the ice in the region will melt by 2100 even if governments take tough action to limit global warming under the 2015 Paris climate agreement.

And two-thirds of the ice could vanish if governments fail to rein in greenhouse gas emissions this century. “To me this is the biggest worrying thing,” Wester told Reuters on the sidelines of an event to launch the report in Kathmandu.

Glaciers have thinned and retreated across most parts of the region since the 1970s. Ice in the Hindu Kush Himalaya region would push up sea levels by 1.5 metres if it all melted, Eklabya Sharma, deputy director general of ICIMOD, told Reuters.

The study said the thaw will disrupt rivers including the Yangtze, Mekong, Indus and Ganges, where farmers rely on glacier melt water in the dry season. About 250 million people live in the mountains and 1.65 billion people in river valleys below.

Changes in river flows could also harm hydropower production and cause more erosion and landslides in the mountains.

But more research is needed to gauge exactly how glaciers affect distant crops, said Wouter Buytaert, of Imperial College in London, who was not involved in the study.

“While glacier meltwater propagates downstream, it mixes with water from other sources such as direct rainfall, wetlands, and groundwater, up to a point where the impact of glacier melting may become negligible,” he said.

The authors said that people living in small island states were often viewed as the most vulnerable to climate change because of rising sea levels.

“It’s not just occupants of the world’s islands that are suffering,” said Dasho Rinzin Dorji, an ICIMOD board member from Bhutan. He said in a statement that mountain regions were also extremely vulnerable as “climate hotspots”.