The Changing Faces Of John Abraham 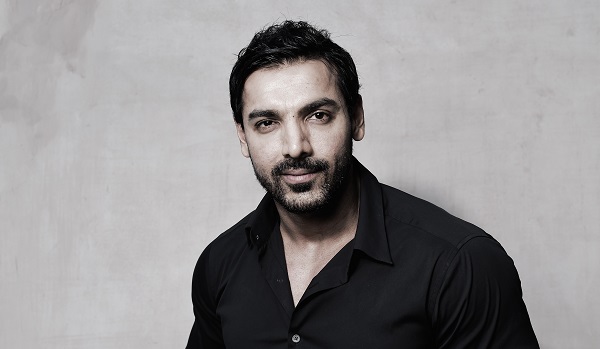 Action hero John Abraham has been unleashing his inner patriot in recent years and does that again, but in a completely different way with the brand new Bollywood film Romeo Akbar Walter.

He plays a spy who must use all his super skills, including being a master of disguise, to complete a deadly mission and return safely.

The 1970s-set story based on true events is also a human drama about relationships, including a mother-son bond. Our reporter caught up with the actor and producer to talk about Romeo Akbar Walter, his motivations, inspirations and dream role.

How do you look back on your cinematic journey?

Well, it has been a huge quantum leap in terms of me as an actor, and my role as a producer has been great, so I just think now is the best time for me. I am very excited about this journey from here on.

How are you choosing your projects today?

My projects as a producer are very well researched. I spend a lot of time and research on the subjects. As an actor, there are films I thoroughly enjoy like Pagalpanti, with (director) Anees Bazmee. I am a big fan of him and I’m enjoying every minute of his film, so I don’t overthink it. But when it comes to being a producer, I really think about my scripts. Today if you want people to watch a film it has to be different and worth their money. So I try to find some unique subject and then do a lot of research on the same.

What did you like about your new film Romeo Akbar Walter?

I loved the script and thought it is absolutely fantastic. It is a great script and very thought-provoking, probably one of the best, if not, the best that I have had in my career. And, also, it is a true story. So it is just the perfect combination of fact, plot and situation.

Tell us about the film and your character?

In the film, I play Romeo, Akbar and Walter. There are many other roles that I also assume in the film. He is a very interesting character who works in a bank, and his only relationship in the world is with his mother. It is a beautiful story about human relationships, including the bond between a man and his mother. It is really special.

Was creating the various looks the biggest challenge you faced with the film?

I think creating the various looks is one thing, but getting the Kashmiri accent right and understanding the back-story of each character were also very important. We shot this film in 46 days, so to get everything right, including the looks and shooting in 80 locations, was not easy. It is probably the most taxing shoot of my career.

How much does it help when you can change your entire look while playing a character?

Oh, it helps a lot because I play various characters, from a 21-year-old guy to an 85-year-old man. When you are playing, for example, an 85-year-old then you should sound and feel like that man. When you see the film you will get an idea as to how we have modulated the voice for each character, which is very interesting.

Which looks did you enjoy doing the most?

Well, from what I have seen, people love Romeo. I love Walter and I think I enjoyed playing Akbar the most.

Were you able to interact with the espionage community while making this film and what was that like?

My director Robbie Grewal’s father works for the military intelligence, so I got all my information from them.

Did you learn anything new while making this film?

Yes, I did. Where do I start? I just learned that you don’t mess around with the facts, you know. When you are telling a true story, you have a huge responsibility on your shoulders, so you have to be credible, honest and truthful. I think we have achieved that with RAW.

But, can you be completely truthful because the espionage community has a lot of secrets?

It’s a human story and it is an amalgamation of two or three stories that we have shown in this film. We’ve been honest about the character and the story. It is not as much about the technicalities of espionage, it’s more about human relationships.

What is your favourite moment in the film?

It is my character’s relationship with a Pakistani guy called Mudassar. They share a beautiful bond and it is one of the most endearing human relationships that you will see. You know, two people from across the border, from different countries and what brings them together. It is very lovely and special.

Is it fair to say that this was another physically-demanding movie for you?

Yes, it was physically demanding, but not in the sense of action, just the kind of timelines that we had, looks and the heat. I remember shooting with a wig and prosthetics when it was close to 50 degrees. It is very painful wearing it for even one minute, imagine wearing it for 14 hours; it takes the wind out of you.

You have always pushed yourself past the pain barrier, including working through injuries, how do you do that?

I feel it is just a lifestyle. I believe it is not just part of life, but on the film front too. For me, there is no formula for success, just like there is no formula for failure. I am not afraid of failure. That is because I have failed so often. So I am not afraid of it. When someone is not afraid of failure he will attempt anything and that is what I do; attempt anything that makes me happy. Because if someone asks, ‘what if you fail?’ I will say, ‘so what, I have failed before, it is absolutely okay’. If someone says that it is risky, I will say, ‘so what, I tried something different’, the higher the risk the greater the profit. So it’s important to push yourself and try different things.

Today, what inspires you?

As a producer, I feel I have got a pulse of what the audience wants to see. I am so much inspired to make films that will have an impact and very importantly, are entertaining. But films that also kind of make you think when you walk out of the theatres, and live with you for the next few days. So I think that is what inspires me.

Tell us, was there a film that made such an impact on you?

The film Schindler’s List really got me interested when I was young. That movie had a great impact on me and I thought why can’t we make films like that. Later I understood that Indian audiences slowly graduated to a different kind of cinema; we are very simple people, but culturally-rich and want to sing, dance and to be happy. But I think now there are audiences who want movies about social changes and I believe I am a flag bearer to bring about that change.

You have played diverse characters, but is there a dream role you haven’t done yet?

There isn’t a dream role per se, but, maybe, one day a motorcyclist because I love riding motorbikes. Hopefully, I will do that one day and honestly, it will be more for myself than anyone else.

Would you consider working in Hollywood?

Well, I have been offered films like probably others have in the west, but I think it is important to do more Indian movies and make that global. I don’t have a problem doing films there, but I haven’t found anything exciting, and I am not aggressively trying to do something in Hollywood. If it happens, let us see.

Why do you love cinema?

I love cinema because it is a window to a world that takes you away from all your problems and worries. If we, as actors, producers, directors and writers, are the means to that then people really look to us for salvation. They enjoy what we are doing and we bring about that change. People watch us in movies and television, they get entertained by us, and, trust me, as frivolous as entertainment may sound, it’s probably the most serious business.