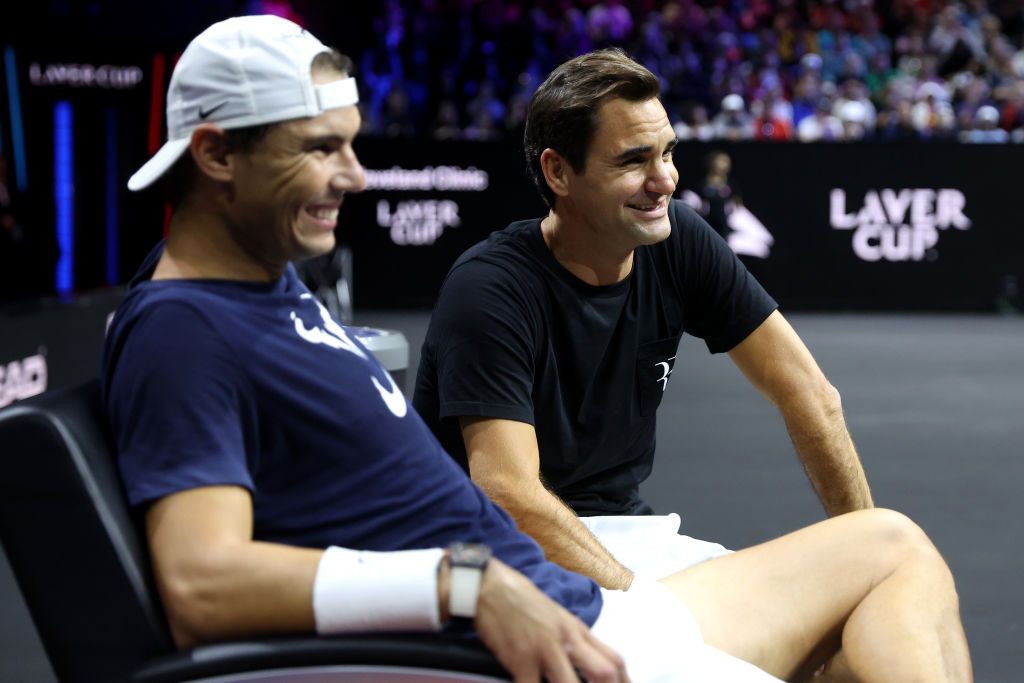 Fans of modern-day tennis great Roger Federer are yet to come to terms with the fact that he has announced his retirement from the game. However, the 41-year-old Swiss has said that the upcoming Laver Cup in the UK will be the final assignment and the teary-eyed fans are now looking forward to it. And they would be pleasantly surprised to see Federer pairing up with none other than his old rival Rafael Nadal in the Laver Cup doubles game on Friday (23).

Federer, who is the first to win 20 Grand Slam titles, had confirmed that he would only play one doubles match at London’s O2 Arena as his final outing.

He will turn out for Team Europe featuring some of his contemporaries such as Nadal, Novak Djokovic, and Andy Murray, the names who he fiercely competed against during his illustrious career spanning almost two decades and half.

The schedule released by the organisers for the opening day of the tournament revealed that Federer and Nadal will play the final match of the evening against the American duo — Jack Sock and Frances Tiafoe.

“For as long as we battled together, having always had this respect for one another our families, our coaching teams we always got along really well,” Federer told reporters when asked about the possibility of playing alongside Nadal, who has 22 Grand Slam titles.

“To go through the careers that we both have had, to come out the other side and being able to have a nice relationship, I think, is maybe a great message as well to not just tennis, but sports beyond it.

“For that reason, I think it would be great. I don’t know if it’s going to happen, but I think it could be obviously a special moment.”

Federer, whose last Grand Slam came in 2018, said that while he had looked at regaining form, his ageing body had a different message.

Federer was the No.1 player for 310 weeks of which 237 were consecutive.