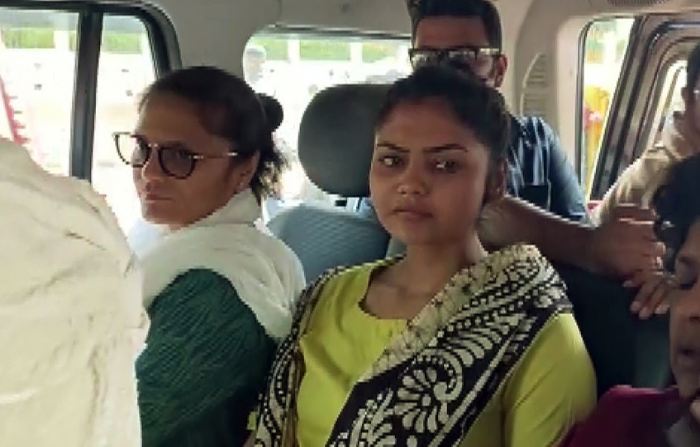 THE north-eastern Indian state of Tripura has made the headlines after a ruckus broke out outside a police station in Agartala, the state capital, on Sunday (21). It started after supporters of the ruling Bharatiya Janata Party (BJP) clashed with those of the Trinamool Congress (TMC) during the interrogation of Saayoni Ghosh, TMC Youth Congress president and a Bengali actor.

TMC supremo Mamata Banerjee, the chief minister of West Bengal who is known to be one of the major anti-Narendra Modi faces in Indian politics today, slammed the violence saying her party’s leaders were targeted by the state government and accused it of bulldozing the federal structure.

On Monday (22), addressing the press at the Kolkata airport before leaving for New Delhi, Banerjee condemned the arrest of Ghosh saying she was arrested without any charges.

“The BJP administration in Tripura is without law and order. Saayoni Ghosh has been arrested without any charges. Tripura is on fire. It is a government of the goons and there is no democracy. The people of Tripura will reply to this,” she said.

“Where’s the National Human Rights Commission or the Home Minister or (Article) 355? How many notices have been sent by the Government of India to Tripura? They don’t care about the Constitution, their only obligation is to cheat people; they will be defeated ultimately,” she added.

Ghosh was granted bail by a court in Agartala on Monday afternoon even though the police sought her custody for two days, reported Bengal’s local daily Ananda Bazar Patrika.

Ghosh was accused of attempting to murder. The police claimed that a vehicle carrying Ghosh was speeding past a road show of Tripura’s BJP chief minister Biplab Deb when it hit a pedestrian. She was also accused of making derogatory remarks about Deb. She was interrogated by the police and arrested.

On Saturday (20), Ghosh posted on Twitter a video of her mocking Deb over his road show saying only a few people were attending the chief minister’s event. A few local people were seen chasing her car and hitting it.

The TMC has alleged that the BJP was playing politics to spoil a meeting of Abhishek Banerjee, the nephew of Mamata Banerjee and a key member of the TMC. Agartala will be going to municipal polls on Thursday (25) and the TMC has challenged the BJP.

Will raise issue with Modi: Mamata

It is so unfortunate that a party of goons have become so shameless that they have started to make SUPREME MOCKERY of the Hon'ble Supreme Court!

“I’m going to Delhi today as I’ve an appointment with the PM the day after tomorrow, regarding the BSF issue & other development issues of Bengal. But all TMC MPs, sitting since morning, haven’t been given an appointment. I’m going to express my solidarity,” Banerjee, who recently went to the Indian state of Goa with a bid to expand her party’s base ahead of the 2024 general elections, said.