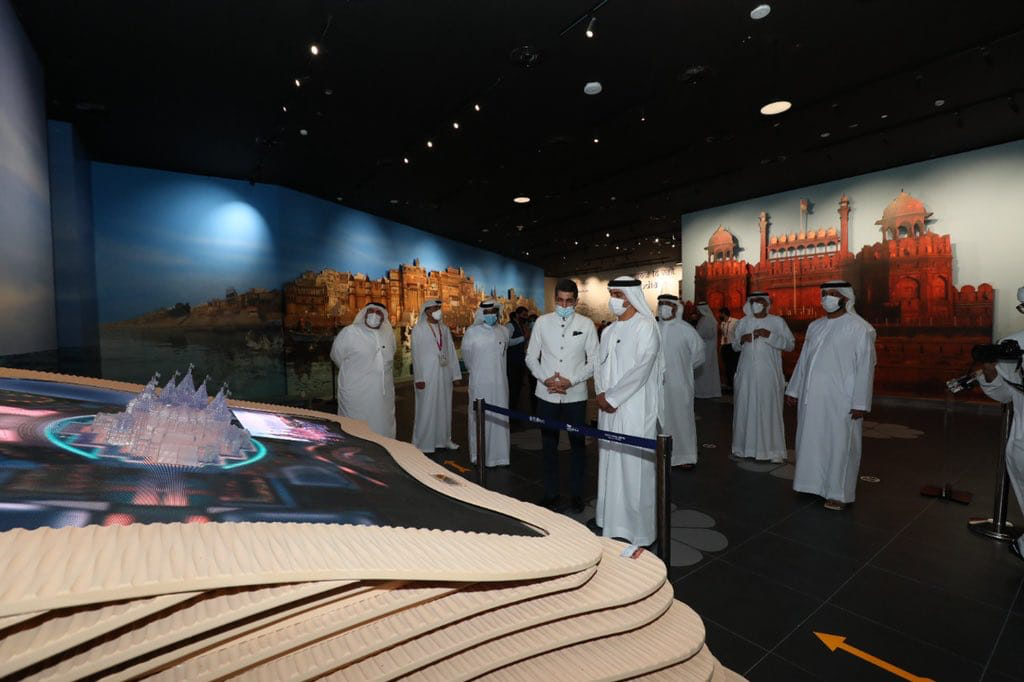 THE deputy prime minister and minister for presidential affairs of the United Arab Emirates, His Highness Sheikh Mansur bin Zayed Al Nahyan, recently paid a visit to the ongoing Expo 2020 Dubai where he witnessed the crystal-like model of BAPS Hindu Temple and expressed a keen interest about it. HH Al Nayhan was accompanied by Indian consul general to Dubai Dr Aman Puri. The temple is the UAE’s first Hindu temple.

The BAPS temple, the construction of which started in December 2019, has found wholehearted patrons in the political leaderships of both India and the UAE. The temple is expected to promote messages of happiness and harmony. Modi laid the foundation stone of the temple via video-conferencing in February 2018.

The temple is coming up on an area measuring 20,000 square metres at a place called ‘Al Wathba’. The grand structure is set to house epic Hindu scriptures, religious publications, ancient stores, etc.

Last year, the temple was awarded for having the best commercial interior design. It was chosen from among 15 entries that were shortlisted from hundreds and granted the recognition.