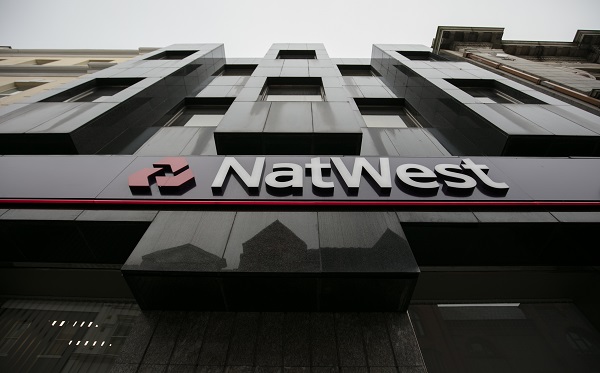 The Nizam’s descendants, Prince Mukarram Jah – the titular eighth Nizam of Hyderabad – and his younger brother Muffakham Jah, had joined hands with the Indian government in the legal battle against the Pakistan government over around £35 million lying with NatWest Bank plc in the UK (Photo: Matt Cardy/Getty Images).

IN a major setback for Pakistan, the UK High Court on Wednesday (2) ruled in favour of India in a decades-old legal dispute with Islamabad over funds belonging to the Nizam of Hyderabad at the time of Partition in 1947 and deposited in a London bank account.

The Nizam’s descendants, Prince Mukarram Jah – the titular eighth Nizam of Hyderabad – and his younger brother Muffakham Jah, had joined hands with the Indian government in the legal battle against the Pakistan government over around £35 million lying with NatWest Bank plc here.

In his judgment handed down at the Royal Courts of Justice in London, Justice Marcus Smith ruled that the “Nizam VII was beneficially entitled to the Fund and those claiming in right of Nizam VII – the Princes and India – are entitled to have the sum paid out to their order”.

“Pakistan’s contentions of non-justiciability by reason of the foreign act of state doctrine and non-enforceability on grounds of illegality both fail,” the verdict notes.

The dispute revolves around £1,007,940 and nine shillings transferred in 1948 from the then Nizam of Hyderabad to the high commissioner in Britain of the newly-formed state of Pakistan.

That amount has since grown into £35m as the Nizam’s descendants, supported by India, claimed it belongs to them and Pakistan counter-claimed that it is rightfully theirs.

“We are delighted that today’s judgment recognises His Exalted Highness the VIII Nizam’s rights to funds which have been in dispute since 1948. Our client was still a child when the dispute first arose and is now in his 80s. It is a great relief to see this dispute finally resolved in his lifetime,” said Paul Hewitt, partner in Withers LLP, who have acted for the VIII Nizam since Pakistan issued proceedings in 2013.

“Justice Smith’s judgment covers a complex historical and legal set of issues, interpreting facts and events that occurred 70 years ago to establish that the funds, which now amount to £35m, were always held in trust for our client’s grandfather, the VII Nizam. The judgment also makes important findings on justiciability… and whether a nation state can be a trustee,” he notes.

In 2013, Pakistan had waived sovereign immunity by issuing a claim for the fund that opened the way for the current case to proceed.

The Pakistan government’s legal team had claimed the fund on two alternative bases.One, referred to as the “Arms for Money Argument”, claimed that funds were transferred to compensate/reimburse/indemnify Pakistan for assistance provided in procuring/facilitating the supply and/or transportation of weapons. The second ground was that the funds were transferred in order to keep them out of the hands of India, referred to by the judge as the “Safeguarding Argument”.

Pakistan had made two further arguments – that the facts of this case were such as to render it non-justiciable because the original transfer was governmental in nature and that India’s annexation of Hyderabad in 1948 was an unlawful act, which tainted India and Nizam VIII’s claim.

The UK High Court, during a trial earlier this year, had been asked to determine the “central question” of who exactly is the “beneficial” owner of the funds belonging to the late Nizam, Osman Ali Khan.

While the Nizam, who faced the quandary of joining Pakistan or staying with India at the time of the funds transfer back in 1948, had later reportedly sought the return of the funds.

NatWest Bank has since held on to the funds deposited into the London bank account of then Pakistan High Commissioner Habib Ibrahim Rahimtoola in safekeeping until its rightful legal owner is established.

While acknowledging that there was evidence of the supply of arms by Pakistan to Hyderabad around this period, the judge said he had not been persuaded by Pakistan’s Arms for Money argument.

He notes there was no evidence linking the funds in the NatWest bank account to the supply of arms.

On the Safeguarding Argument, the judge accepted that the fund was to safeguard it by making it less accessible to India following the annexation of Hyderabad but he did not accept that this meant the transfer was absolutely for Pakistan rather than on trust.

In a judgment which will go on to set precedent on non-justiciability, the court also rejected Pakistan’s claims of illegality as it concluded that India’s submission was well-founded and that even if there were illegality of the nature alleged by Pakistan in the annexation of Hyderabad, any such alleged illegality would, in any case, be irrelevant to the claim.

The ruling marks an important conclusion to an extremely long-drawn legal battle, which also witnessed the Indian government, the princes and the administrator of the estate of Nizam VII compromising their differences and entering into a confidential settlement agreement last year, which meant the case was effectively an India-Pakistan clash in the UK courts.

Commenting on the ruling, the Pakistan Foreign Office in Islamabad said it would take further action after examining the detailed judgment.

“Pakistan is closely examining all aspects of the detailed judgment and will take further action in light of legal advice received,” the FO said.

However, the FO did not specify the actions Pakistan was contemplating against the decisions.