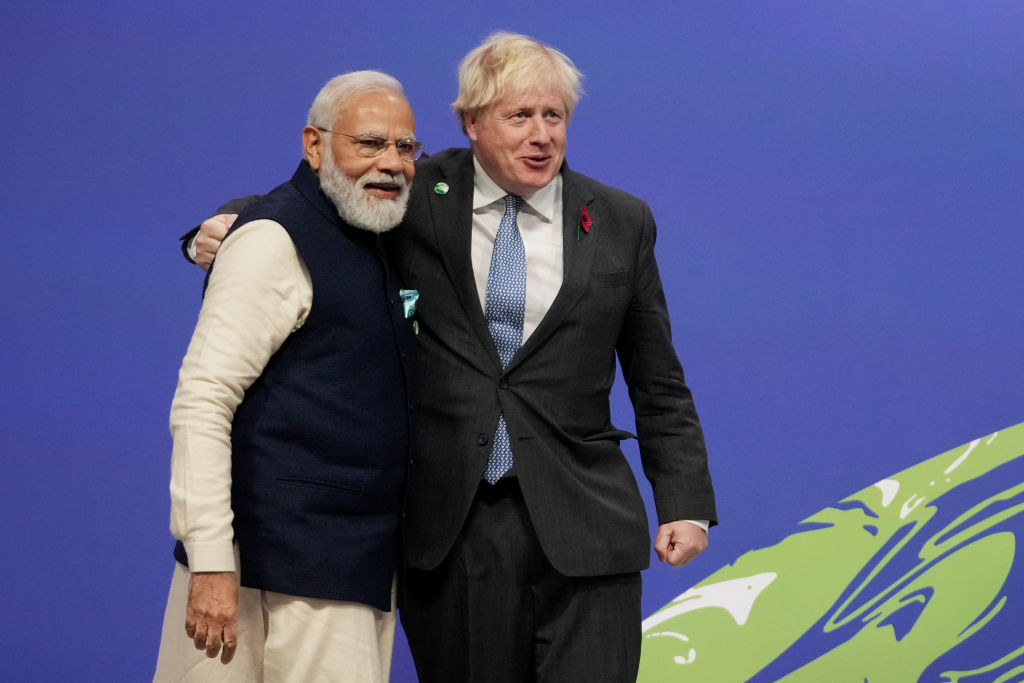 The UK government on Thursday (13) announced the launch of free trade agreement (FTA) negotiations with India, calling it as a “golden opportunity” to put British businesses at the “front of the queue” of the Indian economy.

British prime minister Boris Johnson said an FTA would take London’s historic partnership with India to the next level and highlighted Scotch whiskey, financial services and cutting-edge renewable technology among some of the key sectors that will benefit.

The first round of negotiations is likely to take off next week, which the UK government said would make it the country’s quickest start of formal talks between negotiating teams following a launch.

“A trade deal with India’s booming economy offers huge benefits for British businesses, workers and consumers. As we take our historic partnership with India to the next level, the UK’s independent trade policy is creating jobs, increasing wages and driving innovation across the country,” Johnson said.

“The UK has world-class businesses and expertise we can rightly be proud of, from Scotch whisky distillers to financial services and cutting-edge renewable technology. We are seizing the opportunities offered in growing economies of the Indo-Pacific to cement our place on the global stage and deliver jobs and growth at home,” he said.

The British prime minister’s statement came as his secretary of state for international trade, Anne-Marie Trevelyan, prepared to meet with Indian commerce and industry minister Piyush Goyal in New Delhi for the 15th UK-India Joint Economic and Trade Committee (Jetco) to review the progress within the UK-India Enhanced Trade Partnership agreed to last May by Johnson and his Indian counterpart Narendra Modi.

“A deal with India is a golden opportunity to put UK businesses at the front of the queue as the Indian economy continues to grow rapidly,” Trevelyan said.

“By 2050, India will be the world’s third-largest economy with a middle class of almost 250 million shoppers. We want to unlock this huge new market for our great British producers and manufacturers across numerous industries from food and drinks to services and automotive,” the trade minister, who reached India on Wednesday (12), said.

“As an independent, deal-making nation, the UK is broadening our economic horizons and forging stronger partnerships with the fastest-growing economies of the world. India marks the start of our ambitious five-star year of UK trade and will show how the deals we negotiate will boost the economies across all nations and help level up all regions of the UK,” Trevelyan, who is scheduled to hold bilateral talks with senior Indian cabinet ministers before winding up her two-day visit to the country, said.

An India-UK FTA is seen in the UK as a mutually beneficial step, with the potential to boost bilateral trade by up to £28 billion a year by 2035 and increase wages by up to £3 billion across the UK.

A deal with India is called a “big step forward” in the UK’s post-Brexit strategy to refocus trade on the Indo-Pacific, home to half of the world’s population and 50 per cent of global economic growth.

The UK’s department for international trade (DIT) has said the country wants an agreement that removes barriers to doing business and trading with India’s £2 trillion economy and market of 1.4 billion consumers, including cutting tariffs on exports of British-made cars and Scotch whisky.

The Confederation of British Industry welcomed the development. Lord Karan Bilimoria, president of the chamber, said, “We are delighted to see FTA negotiations launch between the UK and India. With India, a rapidly advancing global economic superpower, this trade deal can unlock a new era of partnership and pave the way for significant trade and investment opportunities for UK and Indian businesses.”

“To fully realise the growth possibilities, the UK must focus on the areas which will drive our future economic success, such as collaborative innovation and stronger regulatory alignment. Above all, trade is a key instrument for economic growth and prosperity across all regions and nations,” he added.

According to estimates made by the DIT, removing duties alone would raise UK’s exports to India by up to £6.8 billion, with Scotch whisky and cars currently facing enormous duties of 150 per cent and 125 per cent, respectively.

“The automotive industry supports fair and balanced trade deals with both new and established markets. India is one of the fastest growing global markets with increasing demand for personal mobility and long-term plans to transition to electric vehicles. This presents major opportunities for UK automotive companies which, due to their global competitiveness, diversity and expertise, have already proved attractive for Indian investment.

“Key to any future trading relationship will be the progressive removal of tariffs, enhanced trade facilitation and reducing other barriers to trade, which can be highly complex and burdensome,” Mike Hawes, chief executive of the UK’s Society of Motor Manufacturers and Traders, said.

“The UKIBC warmly welcomes the launch of these important negotiations. Particularly the breadth and ambition outlined, covering goods and services, particularly the IP-rich, digitally-driven services where the UK and India already excel. It matters – for businesses and consumers – when the world’s 5th and 6th largest economies negotiate an FTA. India is an increasingly attractive destination and as the India opportunity grows, an FTA will make it easier for UK businesses to trade and invest there,” Richard Heald, UK-India Business Council Group chair, said.

According to DIT’s analysis, a trade agreement with India would benefit all parts of the UK, given that already around 30,000 people in the West Midlands were employed through Indian investments in 2019.

The northern region of England could see a massive boost of up to £300 million with opportunities for manufacturers of motor vehicles and parts. New Delhi’s plans to install 175 GW of renewable energy capacity by 2022 are also seen as a major opportunity for the UK’s renewables industry.

The UK is pitching the India FTA as a major move since its exit from the European Union (EU), in support of free and fair trade in the Indo-Pacific region.

Similar negotiations with Canada, Mexico and the Gulf countries are in the pipeline, besides membership of the £8.4 trillion Comprehensive and Progressive Agreement for Trans-Pacific Partnership trade bloc, the Press Trust of India reported.

Goyal said in a tweet after meeting his high-profile guest from the UK, “Met with UK Secretary of State for International Trade @AnnieTrev for the launch of India-UK Free Trade Agreement Negotiations.”

Imports from Britain, on the other hand, include precious and semi-precious stones, ores and metal scraps, engineering goods, chemicals and machinery.

In the services sector, the UK is the largest market in Europe for Indian IT services.