US senators spar with Big Tech over legal immunity, politics 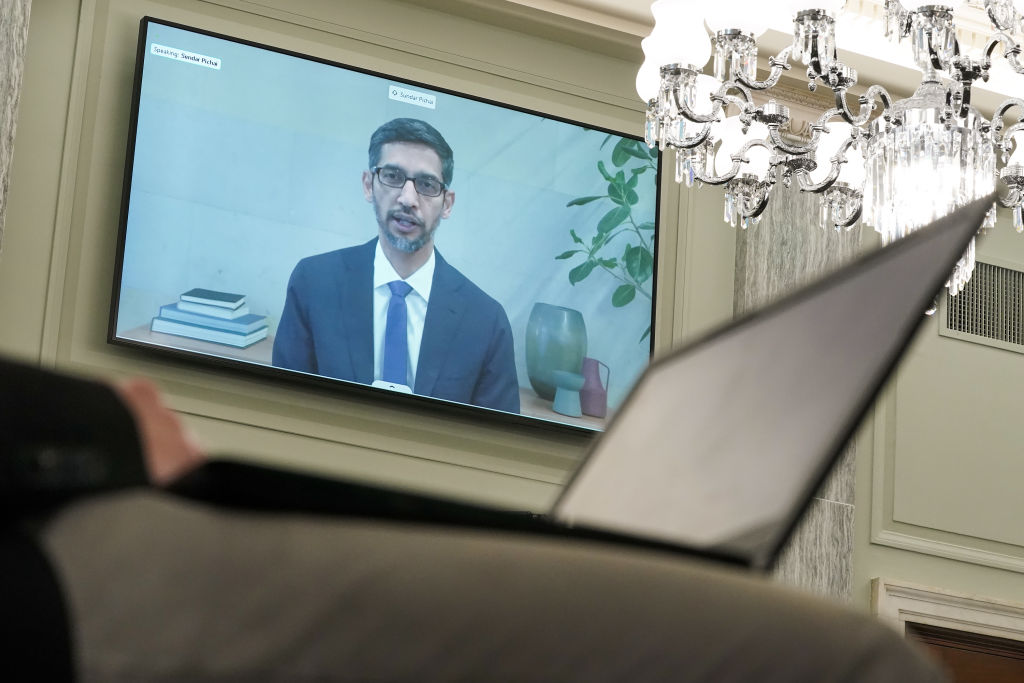 Capitol Hill clashed with Silicon Valley Wednesday over legal protections and censorship on social media during a fiery hearing a week before Election Day in which Twitter’s Jack Dorsey acknowledged that platforms need to do more to “earn trust.”

Dorsey – along with Facebook CEO Mark Zuckerberg and Google chief Sundar Pichai – had been summoned to the Senate to testify via video link to debate a law known as Section 230 that shields their platforms from liability over what their users post.

With the election looming, tech executives have been facing increased pressure to shield users from the rapid propagation of false information while staying above the political fray.

The delicate balancing act has angered Republicans, however, who distrust Silicon Valley over what they see the suppression of conservative voices and Democrats who worry that the platforms are not doing enough on disinformation.

“My concern is that these platforms have become powerful arbiters of what is true and what content users can access,” said Roger Wicker, the Republican chairman of the Commerce Committee.

The senator said the panel had “dozens of examples of conservative content being censored,” questioning Dorsey on how that platform decides on how to label or remove content.

“Your platform allows foreign dictators to post propaganda without restriction yet your routinely restrict the president of the United States,” Wicker said, pointing to one message in China accusing the US military of introducing the coronavirus.

Right on cue, President Donald Trump, who faces an uphill battle for reelection on November 3, served up his own critique, taking to Twitter to accuse Big Tech of covering up the “corruption” of his opponent Joe Biden.

He reprised a favorite accusation that old and new media are also corrupt, and have been involved in “Suppression of the Story” — calling on lawmakers to “Repeal Section 230!”

Dorsey, who has cultivated a distinctive long beard during the pandemic, was the main early target of lawmakers’ opprobrium, however.

A visibly irritated Senator Ted Cruz, a Texas Republican, said Twitter “silences people” and accused the company of blocking political speech with which it disagreed.

Sometimes shouting, he rebuked Dorsey over Twitter’s decision to restrict access to a New York Post article of questionable provenance that made corruption allegations against Biden’s son.

Dorsey responded that the decision to block links to the story was “incorrect” and had been fixed.

“We realize we need to earn trust more,” Dorsey said. “We realize more accountability is needed to show our intentions and to show the outcome.”

Cruz had criticism for Google too, and what he alleged was its “willingness to manipulate search outcomes to influence and change election results.”

While Section 230 reform has some support on both sides of the aisle, the exchanges had a distinctly partisan flavor, with Democratic Senator Richard Blumenthal accusing Republicans of using the hearing as a political football.

“I am appalled that my Republican colleagues are holding this hearing days before the election when they seem to want to bully and browbeat the platforms to try to tilt them to President Trump’s favor.”

The technology executives had earlier defended Section 230 in written testimony while warning that proposed reforms could lead to more harmful and abusive content online, and would limit rather than expand free expression.

Pichai said the law, part of the 1996 Communications Decency Act, “has been foundational for US leadership in the tech sector.”

He cautioned the panel to be “very aware of the consequences of .. changes on businesses and customers” of a revision of the statute.

Dorsey had said in his prepared testimony that Section 230 gives online services flexibility to remove “hate speech” and other inappropriate content, and that the law underpins the social media world where anyone can post comments.

Zuckerberg meanwhile appears open to reform of the law in a surprise for digital rights defenders.

“I believe Congress should update the law to make sure it’s working as intended,” Zuckerberg said in his written remarks.

Jesse Blumenthal, a digital rights activist with the Charles Koch Institute, said Zuckerberg appeared to be shifting his position and noted that “opening this door is potentially a step backward for free expression.”

Digital rights activists say the attention on Section 230 is misguided, and that various measures would be unconstitutional or counterproductive.

“Everyone relies on (Section 230), from small blogs to big internet platform,” said Ashkhen Kazaryan, head of civil liberties at the activist nonprofit TechFreedom.

‘We cannot carry on with business as usual’: Britain’s Conservative party chair resigns after by-election…

No double hundred, no problem for New Zealand’s Mitchell

Rail strikes: Boris Johnson vows not to ‘roll over and surrender’, says ‘you…

Abu Dhabi temple on course for inauguration in early 2024