Virat Kohli Bows Out With India Undefeated In New Zealand 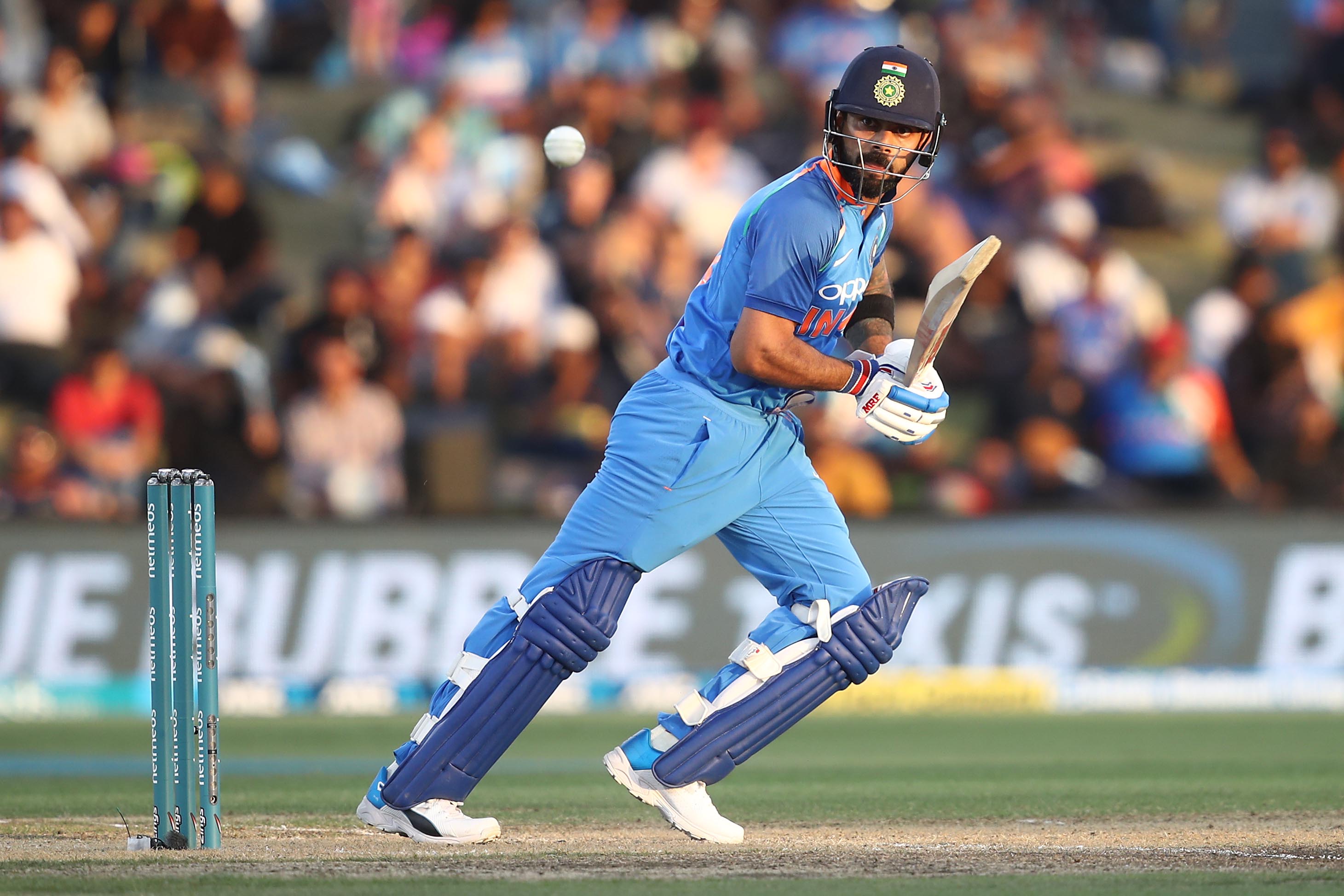 Virat Kohli bowed out of the New Zealand tour with India in an unbeatable position after they won the third one-day international by seven wickets in Mount Maunganui on Monday (28).

With India up 3-0, world player of the year Kohli is to be rested for the remaining two matches and the following Twenty20 series.

Kohli’s 60 off 74 deliveries and a 113-run partnership with Robit Sharma saw India chase down their 244-run target with seven overs to spare.

It gave the tourists back-to-back series wins against Australia and New Zealand and ensured they will be a force to be reckoned with in the World Cup later this year.

Sharma top-scored with 62 while Ambati Rayudu was unbeaten on 40 and Dinesh Karthik on 38.

New Zealand, batting first, posted their highest score and longest innings in the three matches so far but they still fell short of 50 overs, their last wicket falling with six balls remaining.

Ross Taylor (93) and Tom Latham (51) gave the innings credibility but proved no challenge for the visitors.

Sharma’s first wicket partnership of 39 ended when Shikhar Dhawan edged Trent Boult to the lone slip Taylor to be gone for 28.

Kohli then joined Sharma and the pair swatted the attack around the ground in their century stand for the second wicket.

New Zealand, taking a leaf from the India playbook, brought two spinners into the match after the tourists’ spin twins Kuldeep Yadav and Yuzvendra Chahal took the bulk of the wickets in the first two matches.

Ish Sodhi proved expensive but Mitchell Santner was tight and cleverly deceived Sharma to finish with one for 45.

Santner sensed Sharma was ready to dance down the wicket and served up a slower ball that deceived the opener, who was stumped by Latham.

Kohli, who averages a century every 5.6 innings, was due a big knock in New Zealand after posting 45 and 43 earlier in the series, but his attempt to drive Boult to the cover boundary was well caught by a leaping Henry Nicholls.

Boult proved the most economical of the New Zealand bowlers with two for 40.

Only Taylor, and for a time Latham, offered any real resistance after another disastrous start by the top order.

Both openers were gone and New Zealand were two for 26 when Taylor went to the middle and Latham arrived at three for 59 with the dismissal of Kane Williamson (28).

Taylor and Latham mounted a rescue mission with a 119-run stand for the fourth wicket.

But after Latham was dismissed for 51, his 13th half-century, it ignited a collapse in which the last six wickets fell for only 52 runs.

Hamilton hosts the fourth game in the series on Thursday (31).