WATCH: Bus in Madhya Pradesh rams into vehicles, mows down people after its driver dies of heart attack 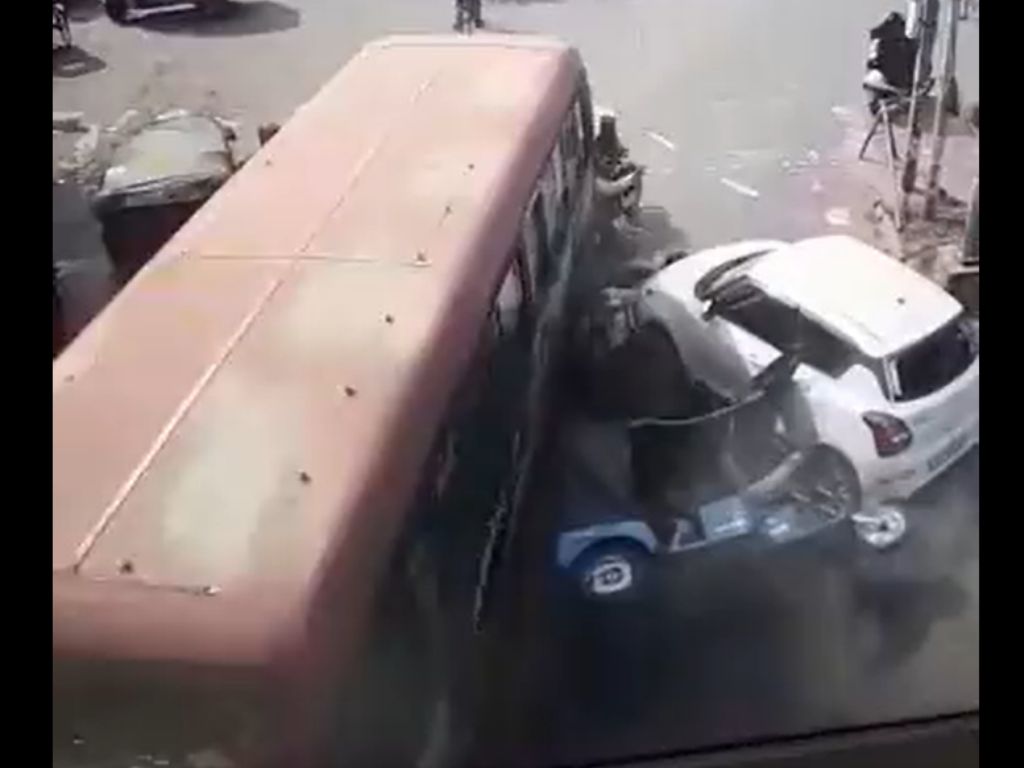 A bus rammed into vehicles and motorists at a busy traffic signal in city of Jabalpur in the Indian state of Madhya Pradesh on December 1, killing two persons and injuring many, after its driver died of heart attack while on duty. (Picture: Twitter screengrab/@ManojSharmaBpl)

In a horrific incident, a bus rammed into several vehicles, causing a couple of deaths and many injuries, after its driver collapsed due to a heart attack while on duty.

The incident happened in Jabalpur in the central Indian state of Madhya Pradesh on Thursday (1).

Shocking #CCTV footage of the moving metro bus, the driver of which unfortunately suffered massive heart attack while driving at Jabalpur in MP. The driver died on the spot & 6 people were injured in the accident. @News18India @CNNnews18 pic.twitter.com/HqfeNqFqAx

A video of the incident was doing rounds on social media in which the out-of-control bus was seen crashing into vehicles and mowing down people at a busy traffic signal.

Eyewitnesses said the bus was passing through the Gohalpur police station area in the city when it suddenly diverted from its path and started hitting other vehicles before coming to a halt.

Police officers rushed to the spot and found the driver of the bus lying idle in his seat. He was taken to a nearby hospital along with other injured people where the doctor announced him dead and cited heart failure as the reason for his death.

The driver was identified as 60-year-old Hardev Pal who had worked with a city bus service for a decade, NDTV reported.

“In the preliminary investigation, it came to light that the bus driver suffered a heart-attack while driving due to which the bus got uncontrolled and hit the vehicles at the signal,” Zee News cited a police officer as saying.

The bus was going to Ranital in Jabalpur district.