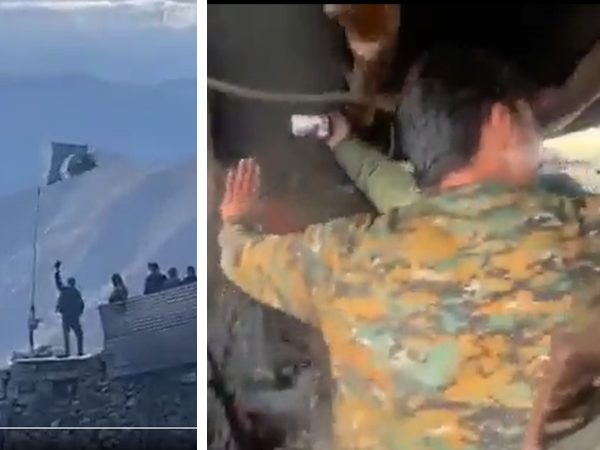 Shubhdeep Singh Sidhu, who was more popularly known as Sidhu Moose Wala, might be no more among us but the legacy of the late Punjabi singer continues to live on, even across the hostile border of India and Pakistan.

A video recently surfaced on social media showing members of the Indian Army stationed at an outpost near the border dancing to one of Moose Wala’s popular songs ‘Bambiha Bole’ and guess what? The track was being played by their Pakistani counterparts on the other side of the border.

Moose Wala was shot dead in his car near his village Moosa in Mansa district of Punjab on May 29. His murder is said to be the result of gang violence.

The video, which went viral, was shared by HGS Dhaliwal, an Indian Police Service officer on Twitter. In the short clip, Pakistani soldiers were seen playing the track of the slain singer on speakers and hearing it, the Indian Army personnel also started enjoying it and danced to it. One Pakistani soldier was also seen waving his hand at the Indian troops.

“Sidhu’s songs playing across the border! bridging the divide,” Dhaliwal wrote in his post sharing the video.

Sidhu’s songs playing across the border! bridging the divide! pic.twitter.com/E3cOwpdRvn

Reactions poured in for the video which got a big boost online.

Here is what the social media users said on the unique video:

this is so overwhelming and emotional.. people across border too felt the pain of his loss. May he be in peace now.

Thats the power and beauty of music, creating bridges between people, no matter how different they are! 🙂#SidhuMooseWala ❤️

There were also others who felt the Indian soldiers should be doing their duty at the border and not dance and demanded action against them.