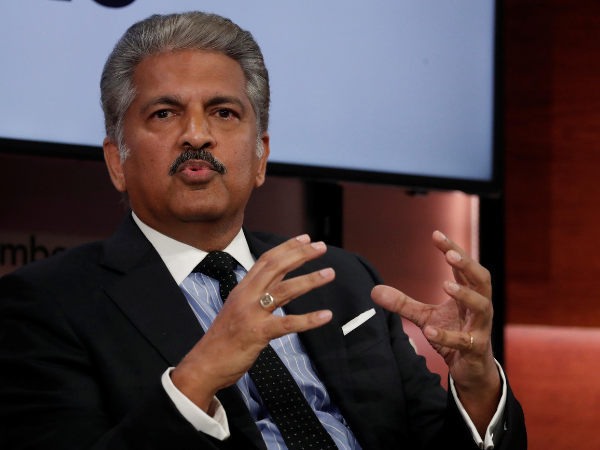 Indian industrialist Anand Mahindra is known for his witty takes on social media. The 67-year-old chairman of the Mahindra Group often comes up with fascinating posts that force the internet users to react with amusement.

On Tuesday (23), Mahindra shared a hilarious video on Twitter showing how Mother Nature takes ‘revenge’ against humans that cause her pain. In the short clip that the billionaire shared, a group of three men were seen cutting down a giant tree inside a jungle. But as they chopped the tree down with a chainsaw, its trunk slid back to hit one of three and he got tossed upwards and thrown away. He fell flat on his face.

“If you cut down trees, they won’t take it lying down,” Mahindra said in the caption.

The identity of the three men and the location where the incident took place were to be known.

Internet users liked the video and reactions came pouring in. Here are some:

Man’s memory may fade out but that of plant and trees are there to care Newton’s third law derivative ‘your act of lying down me may end in flying up you ‘ . O my dear. let us live together.

🙏Dear all….This is not a tree, it is our food provider.If it is not there, you will not get food, fruit, medical facilities from anywhere on earth.
🙏Dear all….It is us and your ancestors who are giving past, present and future. pic.twitter.com/mlnm16fZRU

The poor workers were cutting trees to build a Mansion for filthy rich people. They are not the villains but victims of a wretched social order

Not Only Destroying Trees .Our Life Has Been Bond with Trees ,Because Trees Are Our Outer "LUNGS" .
Who One cannot Give Pure Oxygen Without Trees.🌴🌴🌴🌴🌳🌳