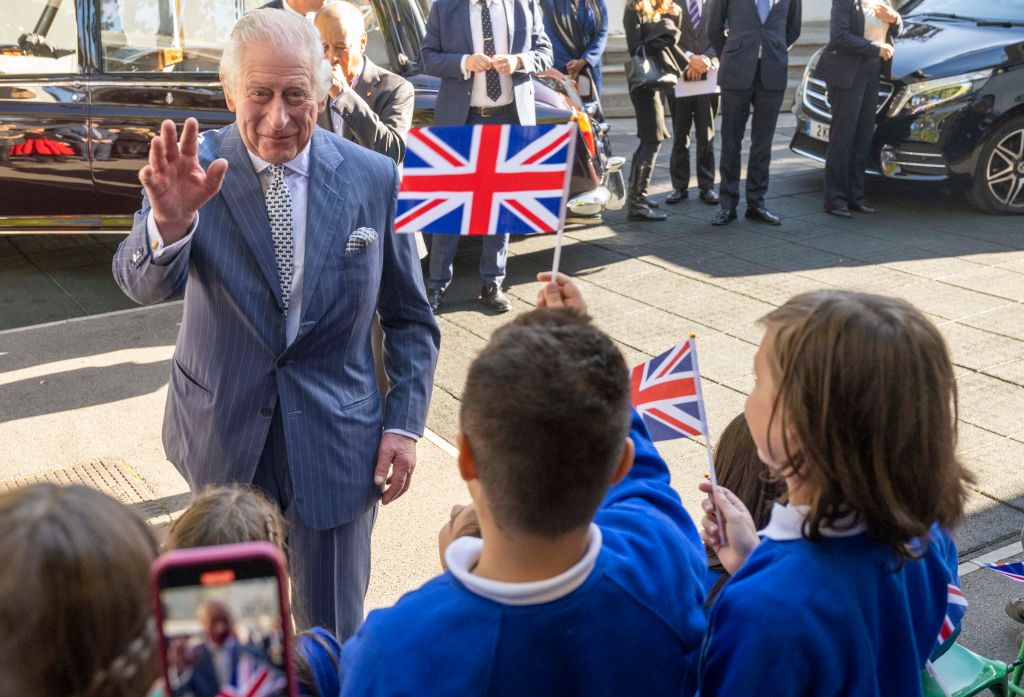 He is known for his sharp sense of humour and he enjoys exploiting it when he is interacting with the common people and irrespective of the age of his audience.

Recently, the world saw King Charles III’s humour-filled best yet again after the monarch travelled to east London to visit Project Zero Walthamstow, an organisation which works towards promoting social well-being. King Charles III, who took over the reins last month after the passing of his mother Queen Elizabeth II, spoke to children from Barn Croft Primary School who waved the British national flag and cheered for him.

The king had words with the children on topics such as holiday periods and lunchtimes. It was then when one of the kids asked him, “How old are you, King Charles?”

The king responded, “Have a guess!” he then shared a laugh with students and their teachers present.

First joint engagement for the King and Queen Consort in London with a visit to youth organisation @ProjectZeroWF1 King Charles keen to have a quick chat with primary school children about school lunches and school holidays on the way in pic.twitter.com/6fWx0iXV7P

The monarch, who was wearing a pinstriped blue suit and was accompanied by Queen Consort Camilla, had a similar humorous interaction on another occasion a few months ago.

In a video taken during the opening ceremony of the Commonwealth Games 2022 in Birmingham, Charles, who was Prince Charles then, was asked by a man, “Charles, could we go for a beer?”

Charles asked him to repeat the question and then responded in a witty way, asking, “Where?” When the man said, “anywhere,” the royal said, “You’ll have to recommend somewhere”. People who were present on the spot, including officials, were seen laughing over the conversation.

Love this video of Prince Charles being asked to go for a beer by a member of the public 😅 Good old British banter! pic.twitter.com/b7QXSHrIU8