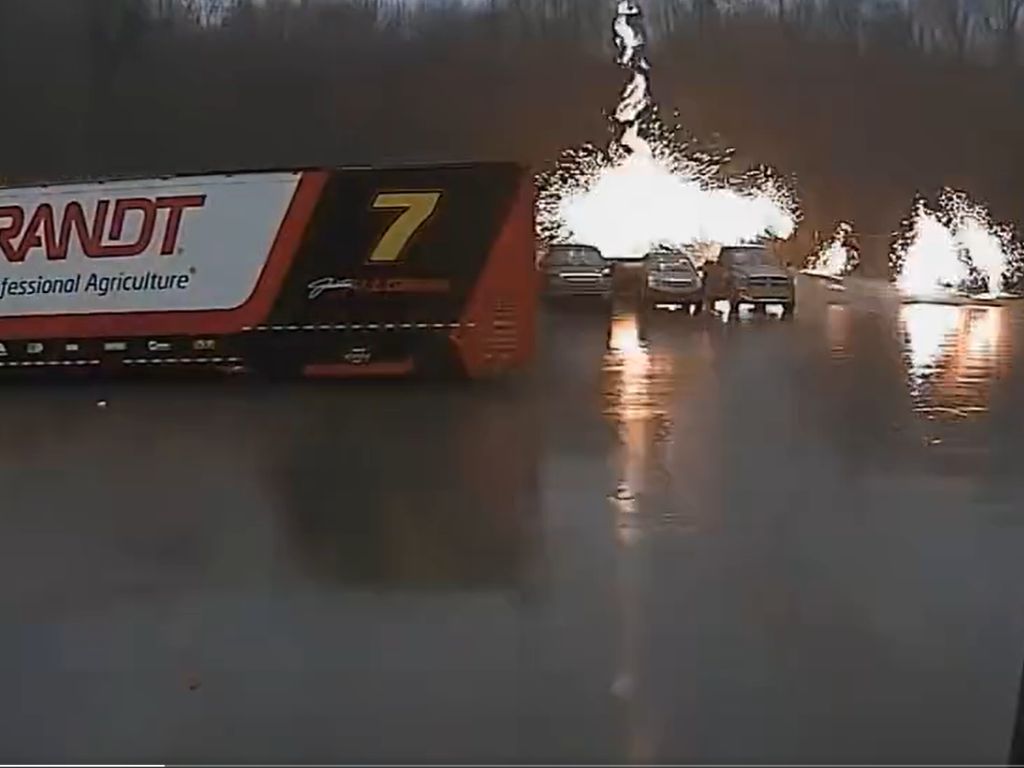 The moment when a fiery lightning bolt struck a parked vehicle in Mooresville, North Carolina, US. (Picture: Twitter screengrab/@JRMotorsports)

A bizarre incident was recently caught on camera in Mooresville in North Carolina, US, where a fiery lightning strike on a parked vehicle turned its headlights on.

The incident happened on Wednesday (4) morning at Mooresville’s JR Motorsports.

JR Motorsports shared a video of the incident on Twitter an captioned it “Starting the year off with a bang.”

Starting the year off with a bang. pic.twitter.com/Ud6KQ8x4Zz

The short footage of 14 seconds showed a stray lightning bolt striking a truck which was parked behind some other vehicles. The strike sent sparks across the vehicle lot and it was followed by a plume of smoke. It was then noticed that the strike had turned the headlights of the truck on.

The video received 2.4 million views and over 8,400 likes at the time of writing this report.

Reactions to the unusual incident also poured in from netizens.

“I can’t decide if this is a good or bad sign for the year ahead,” said one user.

“The fact that the headlights are on after the strike is icing on the cake of an already absurd video,” said another.

“This is the new Tesla satellite charging station,” said a fourth.

According to a report by USA Today, the video captured the strike when the lightning connected a charged region in a passing thunderstorm to the ground.

JR Motorsports’ communication manager Heath White told the outlet, “The strike also jumped to the metal fence next to the truck which conducted it down roughly 300 feet of fence and terminated at our front gate.”

He added, “It was enough to short-circuit the gate.”

As per The Independent, JR Motorsports’ spokesman Mike Campbell said the area was experiencing storms all morning on Wednesday.

“This was something no one has ever seen or experienced before in this manner. It was a pretty surreal experience, with the lightning strike actually illuminating the shop floor,” he said.