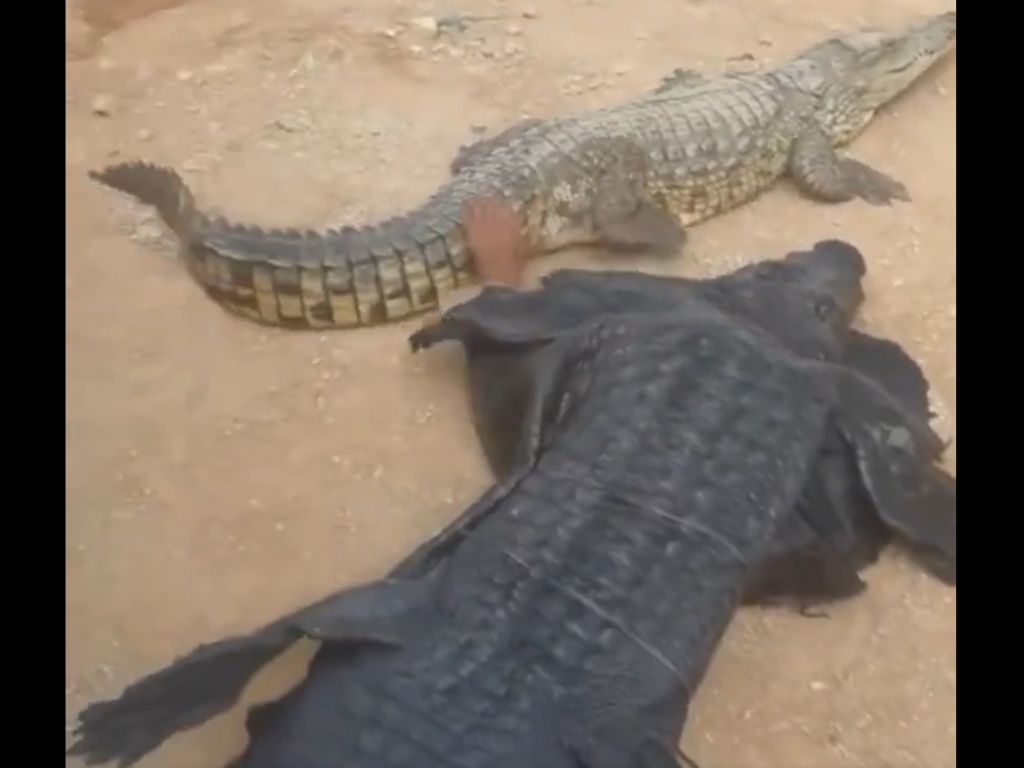 Often do we see people committing bizarre acts, some times just to stay in the headlines. But some of those actions could be potentially dangerous and those who do them need to give it a second thought.

Recently, a video was in circulation on social media that showed a man repeatedly teasing a crocodile — a real one — after wearing a costume of the same reptile. The video shocked the netizens who questioned the man’s wisdom in doing such a thing.

The video was shared by a user named Narendra Singh who captioned the post, “kaunsa nasha kiye hain… (are you drunk?)”.

The 10-second video footage showed the man lying on the bank of a river wearing a crocodile costume. He crawled closer to the crocodile which was basking in the sun. He then put his hand out from the costume and repeatedly pulled the animal’s rear limb. The place of the incident was not clear from the video.

The video received a wide response with people expressing shock.

“The line between bravery and stupidity is very narrow,” wrote one user.

“Creative way to die,” wrote another.

A third said, “All fun and games till the real one takes him to wander the waters.”

Another one remarked, “Agar asli waala mood mein aa gaya na.. to koi na bacha paayega tumhe! (you will stand no chance if the real one comes to its mood)”

Instances of crocodile attacks are not new. Earlier this year, a massive reptile measuring 16 foot attacked a zoo-keeper in South Africa when he was sitting on its back. The crocodile bit the man’s left thigh who just managed to escape on time. A video of the incident went viral with people expressing utter shock.