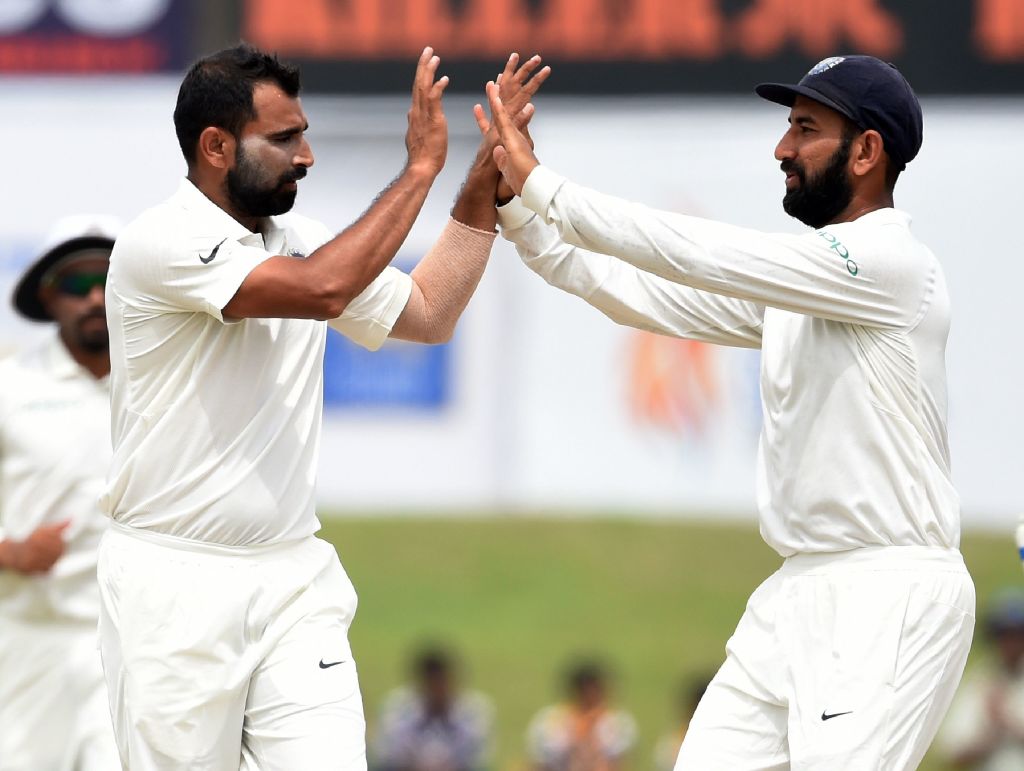 THE ongoing four-day warm-up match between India and Leicestershire witnessed a moment of camaraderie when seamer Mohammed Shami took the wicket of compatriot Cheteshwar Pujara who was playing for the English county side.

Shami, a prolific wicket-taker, gave the visitors a bright start on Thursday (24), the second day of the game, at the Uptonsteel Cricket Ground. India, led by Rohit Sharma, declared their first innings at 246 for 8 on Day 1 after winning the toss and electing to bat. On the second day, Shami struck twice early to dismiss Leicestershire captain and opener Sam Evans (1) and Pujara for a duck.

A second wicket for Shami. He dismisses his @BCCI teammate, as Pujara drags on.

The fast bowler bowled a good length delivery and Pujara got an inside edge to see the ball hitting back on to his stumps. Both the players had a smile on their face and Shami gave the batter a hug as he returned to the dugout.

Shami and Pujara feature in the squad for the Test match which will be the final of the five-game series that India played against England last year. It was halted before the final game following a Covid outbreak in the Indian camp. The match will be played at Edgbaston from July 1.

India are leading the series 2-1 at the moment.