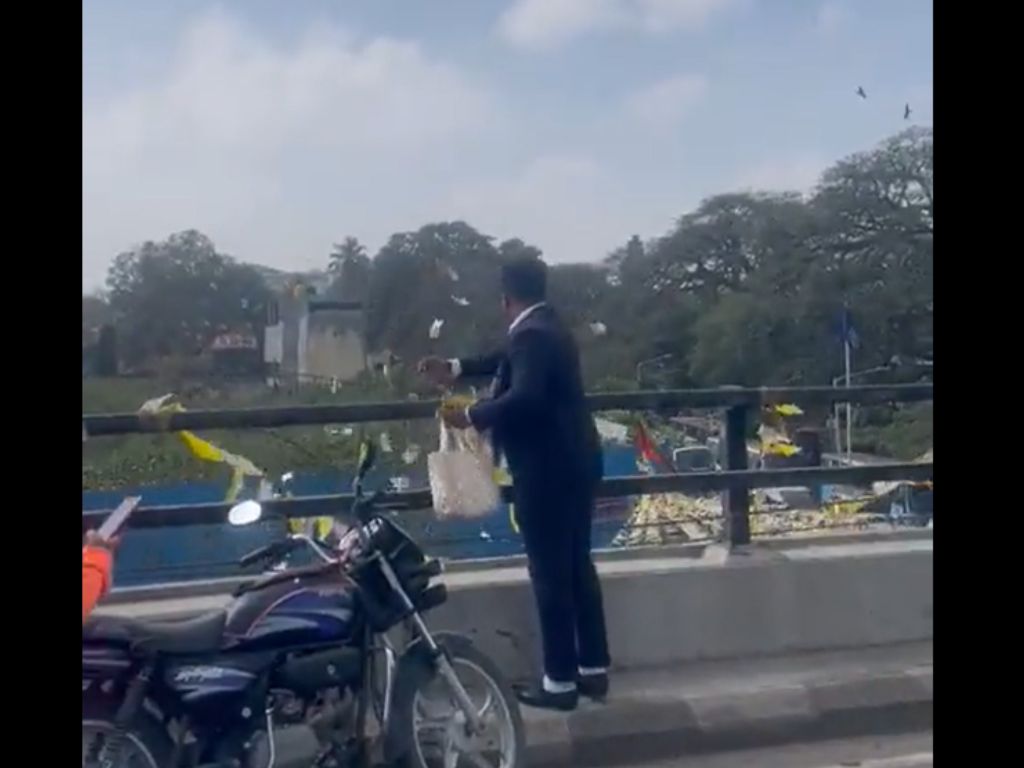 A man throws currency notes from the top of a flyover at a busy market area in the Indian city of Bengaluru on Tuesday, January 24, 2023. (Picture: Twitter screengrab)

Bengaluru, India’s information technology capital, remained witness to a bizarre incident on Tuesday (24) when a man started throwing cash at people from atop a flyover in the busy KR Market area.

His action brought vehicles on the flyover to a standstill while people standing below were found hastily picking up the currency notes that he dropped.

Man throws money from flyover in Bengaluru's KR Market. The video of the incident, which reportedly happened Tuesday morning, has since gone viral.#Bengaluru #ViralVideo pic.twitter.com/KtTYapbveC

As passers-by clicked photographs and videos of the incident, some motorists were seen running towards the man, wearing a black coat and trousers, requesting for money.

The notes were of Rs 10 denomination and the man reportedly threw notes worth Rs 3,000, according to witnesses.

It was not clear who the person was and what made him commit such an act.

The man reportedly fled the scene before a team of police arrived. The cops launched an investigation by registering a case alleging law-and-order problem.