WATCH: Passengers engage in scuffle on board plane from Bangkok to Kolkata 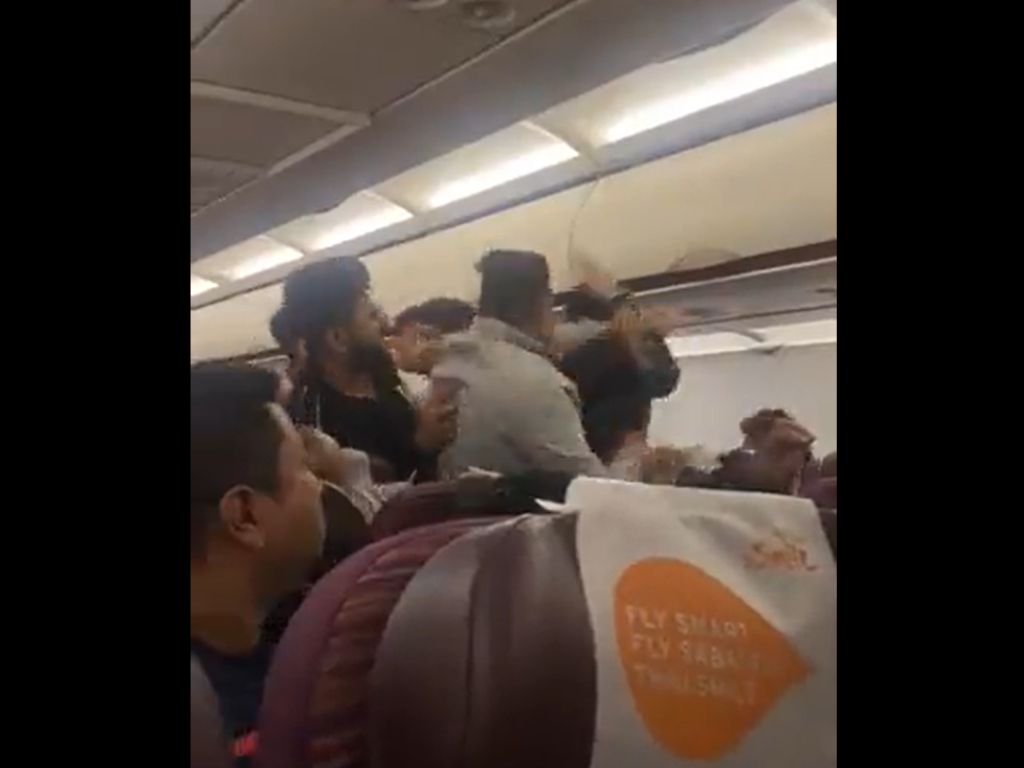 A few passengers fight on board a flight from Bangkok, Thailand, to Kolkata, India, on December 26, 2022. (Picture: Twitter screengrab)

A few passengers onboard a Thai Smile Airways plane from Bangkok to Kolkata were reportedly involved in a scuffle earlier this week.

A video clip of the scuffle inside the aircraft was shared widely on social media on Wednesday. In the clip, a man could be seen being slapped multiple times by a few co-passengers.

No 'Happy Ending' in this India/Kolkata bound flight from Bangkok.

According to a passenger who was in the plane, the incident happened on Monday (26) just before the plane was taxiing to the runway for takeoff.

He was travelling to Kolkata along with his mother.

The passenger, who hails from Kolkata, told PTI about the incident on condition of anonymity. He said that he was worried about his mother who was sitting near the seat where the incident happened.

Later, other passengers and air hostess pacified the individuals involved in the scuffle, he added. According to the passenger, the reason for the scuffle was not clear.

The plane landed at Kolkata early on Tuesday (27) morning.

It could not be immediately ascertained whether the incident was reported to the authorities in Kolkata after landing. In the clip, two passengers were seen arguing before one of them said “put your hands down”, and then started slapping the other person. A few other passengers also got involved in the scuffle.

Thai Smile Airways could not be immediately contacted for comments.

Last week, a video clip of a heated exchange between a passenger and an air hostess onboard an IndiGo flight from Istanbul to Delhi surfaced on social media. The heated exchange over the choice of meals onboard the flight happened on December 16. IndiGo and DGCA, last week, said they were looking into the incident.