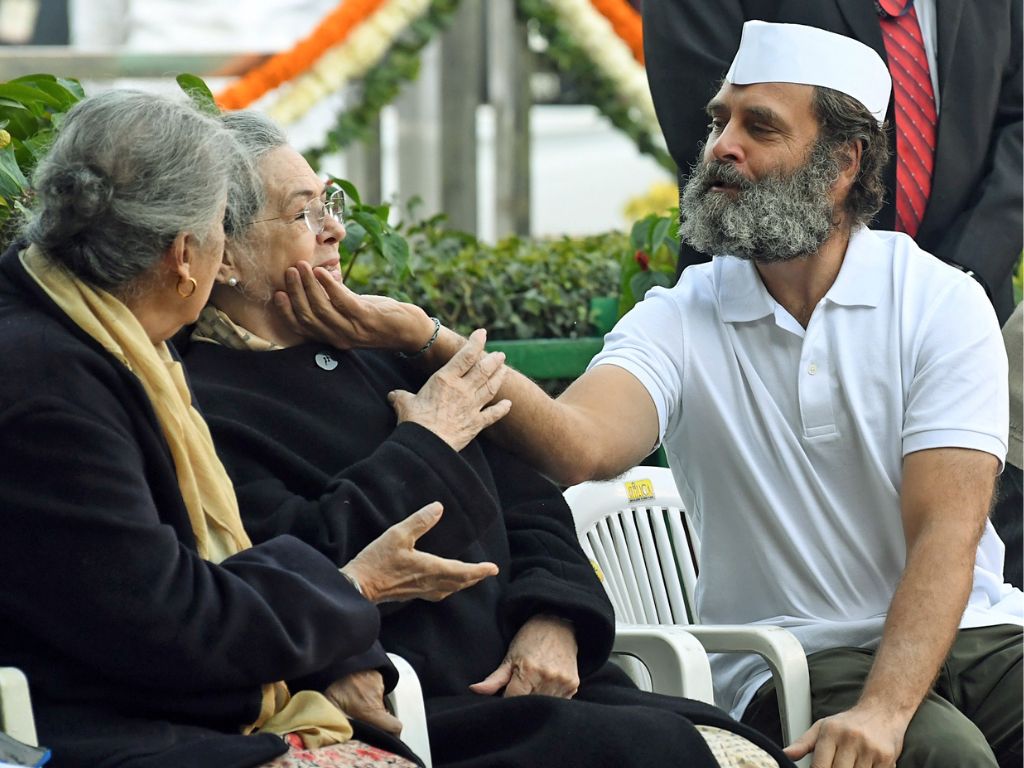 They might be going through their worst phase politically. Considered one of India’s premier political families, the Gandhis have found things difficult ever since Narendra Modi emerged as India’s prime minister 2014 and have failed to inspire the Indian National Congress despite suffering repeated electoral failure.

But it seems on the home front, the Gandhis have maintained their strong family and emotional bonding. It has been seen during the months-long ‘Bharat Jodo Yatra’ (Unite India March) led by former president Rahul Gandhi publicly taking care of his mother Sonia Gandhi, also a former chief of the party, by tying her shoelaces during the yatra.

On Wednesday (28), as India’s grand-old party observed its 138th foundation day, Rahul and Sonia came together with a number of other party leaders in New Delhi where the yatra has reached now and there, the cute moment between the mother and son was captured.

A video shared by Asian News International showed Rahul, 52, and Sonia, 76, seated beside each other at the party headquarters where they discussed something and shared laughter. As Sonia was found speaking to Ambika Soni, a veteran Congress leader, Rahul also joined the discussion and touched his mother’s cheek lovingly.

On Saturday (24), Rahul shared a photograph of him hugging his mother who had joined him in the Delhi leg of the yatra. It was the second time that she joined the yatra. In October, she had taken part in the yatra in the southern state of Karnataka where Rahul was see tying her shoelaces. The picture of that moment was also showed by Shashi Tharoor, a veteran party parliamentarian.

Priyanka Gandhi Vadra, the sister of Rahul and also a party leader, also joined the yatra in the central Indian state Madhya Pradesh and later in Delhi.

Sharing the photo on Twitter, Rahul wrote that he is spreading the love he got from his mother.

Rahul is currently on a break and will resume with the yatra on January 3. It kicked off in Kanyakumari in the southern state of Tamil Nadu in September.