WATCH Rohit Sharma’s epic brain-fade moment at toss in 2nd ODI vs New Zealand: ‘I forgot what we wanted to do…’ 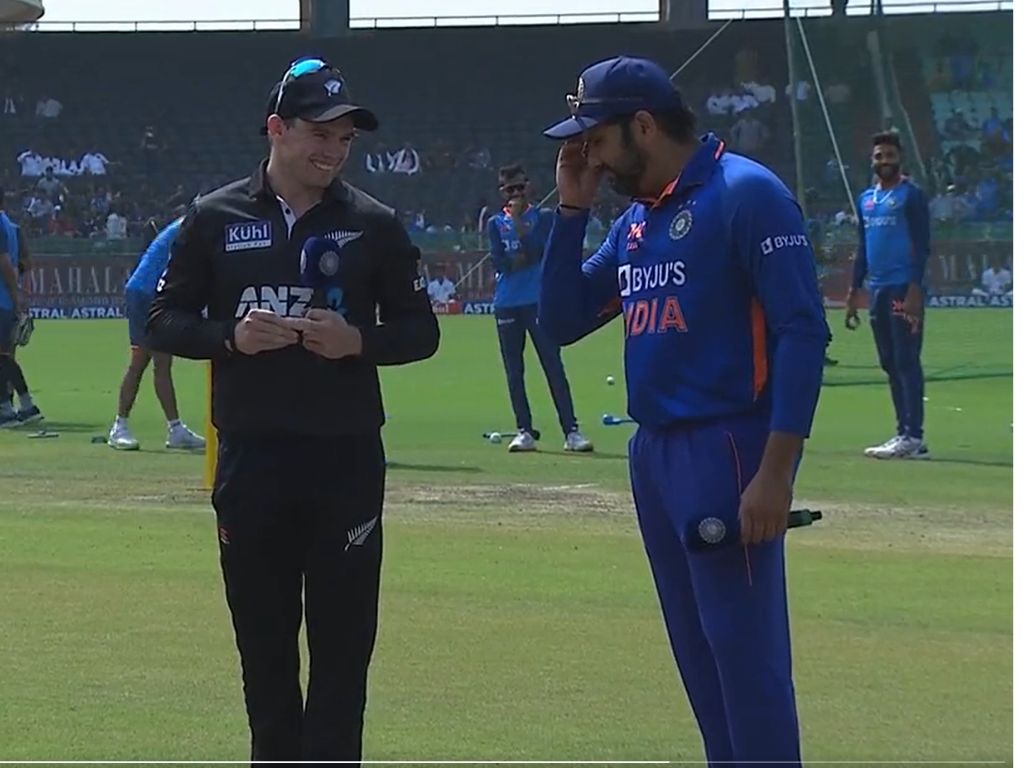 India captain Rohit Sharma tries to recall his decision after winning the toss in the second one-day international against New Zealand in Raipur, Chhattisgarh, on Saturday, January 21, 2023. His Kiwi opponent Tom Latham is also seen in the picture. (Picture: Twitter screengrab/@bcci)

In a bizarre incident, India captain Rohit Sharma forgot for a moment the decision he had taken after winning the toss in the second one-day international (ODI) against New Zealand at Shaheed Veer Narayan Singh International Cricket Stadium in Raipur in the central Indian state of Chhattisgarh on Saturday (21).

Sharma, 35, elected to bowl after the coin call went in his favour but he took a while to convey his decision and told the presenter, Ravi Shastri, that he “forgot” about the team’s decision. His Kiwi counterpart Rom Latham found the incident funny and shared a smile with the India captain. Match referee Javagal Srinath, a former India speedster, was also waiting for Sharma to recall the decision while some India players, who were practising at the nets in the backgrounds, also stared at their captain with smiles on their face.

A funny moment from Rohit during toss time!!!pic.twitter.com/iWXCLLBmlB

“I forgot what we wanted to do, had plenty of discussions with the team about the toss decision, just wanted to challenge ourselves under difficult conditions, but we’ll bowl first. Was a good test for us, knowing that the wicket will get better to bat on and that was the challenge in front of us.

“Bracewell batted well, but we bowled well in the end and won the game. There was a bit of dew during the practice sessions, but we’ve heard from the curator that it will not play a role on game days. We batted first in Hyderabad, we wanted to bowl first here, same team,” Sharma said at the toss.

Former India batter Sanjay Manjrekar, who is part of the commentary team for the three-match bilateral series, said, “I think he (Sharma) might’ve had an ice cream before coming to the toss and had a brain-freeze”.

India bowlers, however, had no fading moment on the field as they reduced the visitors to 79 for 6 in the 27th over with spearhead Mohammed Shami taking three wickets.

India won the first match in Hyderabad by 12 runs despite putting up a big total of 349 with opener Shubman Gill slamming a double century.

The hosts were playing the same XI in Raipur.