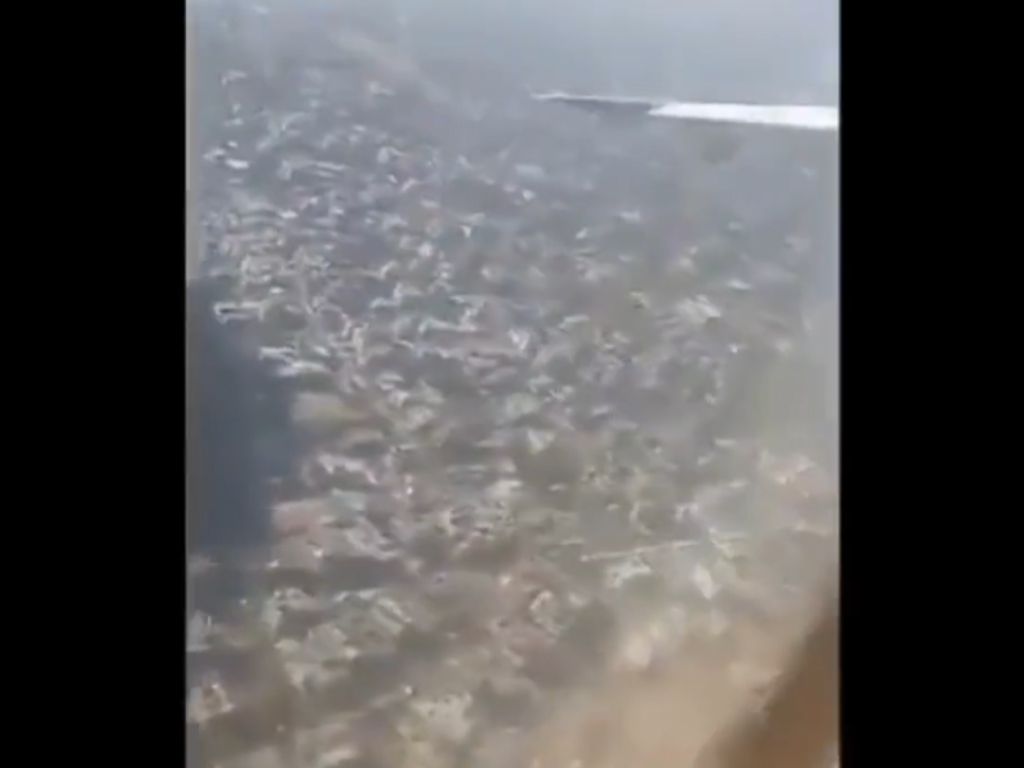 A video taken from inside the ill-fated Yeti Airlines aircraft moments before it crashed in Pokhara in Nepal on Sunday, January 15, 2023. (Picture: Twitter screengrab/@PRASHU_PP)

A mobile phone recovered from the wreckage of the Yeti Airlines aircraft that crashed in Nepal on Sunday (15) apparently captured the final moments of the flight and disturbing visuals were doing rapid rounds on social media.

The twin-engine ATR 72 plane, flying from Kathmandu to Pokhara in the Himalayan nation with 72 people on board, crashed shortly before landing in the tourist destination. At least 68 were reportedly killed, including five people from India.

A video has gone viral on the internet which allegedly captured the last moments of the Yeti Airlines flight, which crashed in Nepal's Pokhara city on Sunday killing 72 onboard.

The civil aviation authority of Nepal said that flames were seen in the plane just before landing. pic.twitter.com/NYZAeFbOeN

The live video, which one of the Indian passengers was apparently doing on Facebook, showed the plane flying over Pokhara and intending to land. It also took shots of passengers sitting inside the plane. Suddenly, the passengers were seen turning panicky and an explosion was heard. The scene went topsy-turvy thereafter and a massive fire was seen outside the window.

Another video, which was taken from the ground, showed the flight going wibbly-wobbly while starting to land and tilting to the left and turning upside down. Reports said it burst into a fall of fire soon after.

#WATCH l Last video of A #YetiAirlines plane crashed at #Pokhara International Airport in #Nepal with 72 people on board and burst into flames. #planecrash #AvGeek pic.twitter.com/aVtPh2jIDe

The man, who was doing the video, was reportedly dead.

Another video from the ground had captured the flight’s progress as it started landing. The plane suddenly tilted to the left, turned upside down and reports say it then burst into a ball of fire.

Abhishek Pratap Shah, a former parliamentarian in Nepal and Central committee member of the Nepali Congress, sent the video footage, and told NDTV that he received it from a friend and it was recovered from the wreckage.

“It was sent by one of my friends who received it from a police personnel. It is a real record. It is today’s video as the flight was about to land,” NDTV quoted him as saying in an exclusive interview.

The flight was 25 minutes.

Both black boxes of the ill-fated aircraft were recovered. Four persons were still reportedly missing.

The aviation sector in Nepal, a mountainous country, has seen several plane crashes of late and there have been concerns about safety and training of flight staff as well.