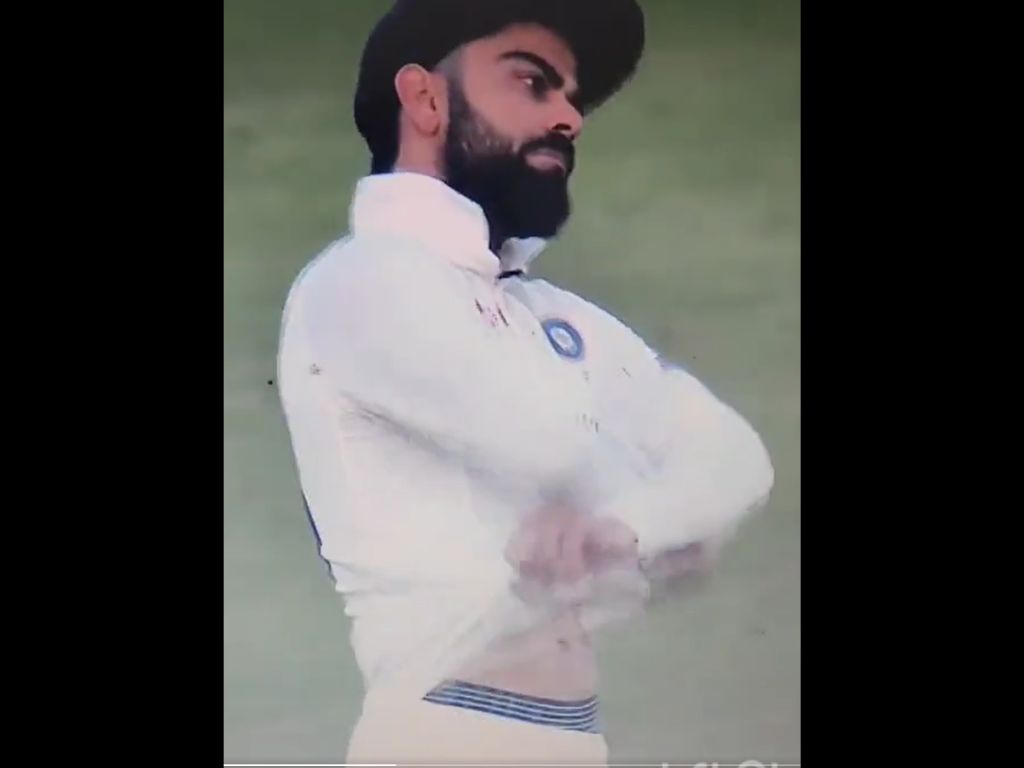 The ongoing second Test between Bangladesh and India in Mirpur witnessed some tense moments on Friday (23), the second day of the game, with a number of cricketers from the visiting side expressing disappointment over a home cricketer allegedly wasting time to delay proceedings.

It all happened when the light was fading during the day and Bangladesh trailing India by 87 runs in the first innings. Ace India batter Virat Kohli was seen slamming Bangladesh openers over their alleged delaying tactics and he particularly went after Najmul Hossain Shanto sarcastically asking him to remove his shirt after the latter was found tying his shoelaces at the non-striker’s end. The incident happened after the penultimate ball of the sixth over of Bangladesh’s second innings. The umpires called for stumps soon after.

His remarks left the commentators of the match in splits.

On another occasion, India captain KL Rahul was also left fuming at Shanto after he called for a change of bat. He went through four options that were brought in by a reserve player but picked the original one he was playing with. Rahul was disappointed with this and complained to the umpires about the home team’s time-wasting gesture.

Asked for change of bat and took the same bat 😂
Well done shanto, you succeeded in wasting the time
You may survive for a day but not a match#INDvsBangladesh #indvsban #IndiavsBangladesh pic.twitter.com/TfefuGie3O

India finished their first innings on 314 in reply to Bangladesh’s 227 in the first innings and requiring 88 runs to make the visitors bat again, the hosts were seven for no less at stumps on Day 2.

On Day 3, Bangladesh struggled with the bat and managed 231 runs in their second innings, setting India a target of 145 runs.

India are leading the two-match series 1-0.