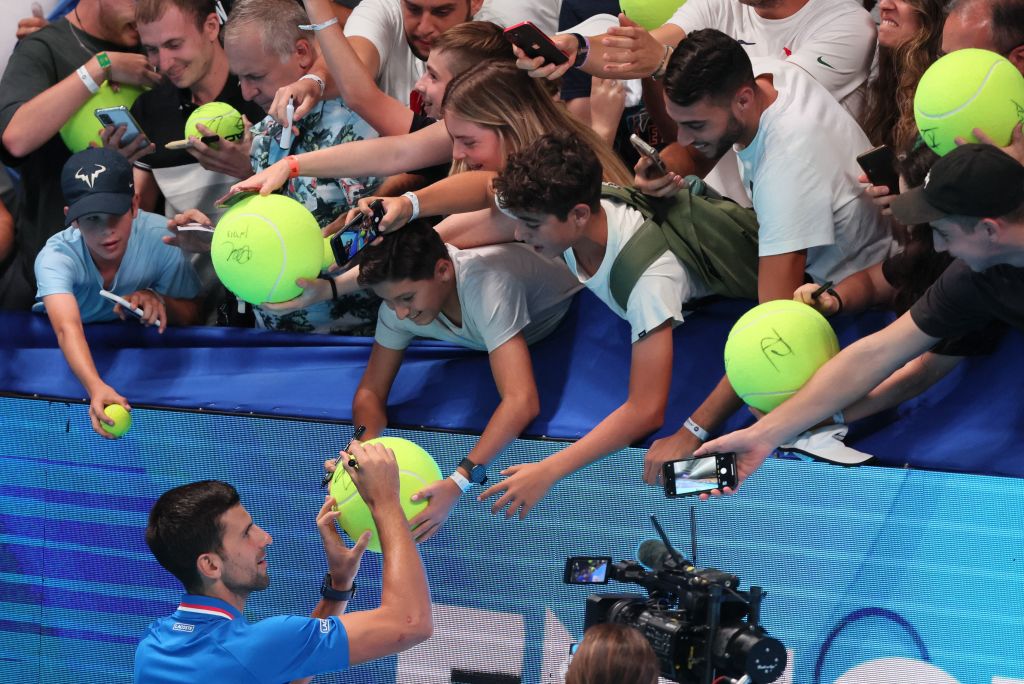 Serbia’s Novak Djokovic signs autographs to the fans after the cancellation of their doubles match during the Tel Aviv Watergen Open 2022 in Israel’s Mediterranean coastal city of Tel Aviv on September 28, 2022. (Photo by JACK GUEZ/AFP via Getty Images)

Serbian tennis star Novak Djokovic on Wednesday (28) kept himself busy all day at a workshop in Tel Aviv, Israel, where he taught the sport to a group of children.

The world No.7 Djokovic, who is the top seed in the tournament, was set to take on Spain’s Pablo Andujar to kick off his campaign.

The 35-year-old, who missed the Australian Open and US Open this year because of his Covid-19 vaccination stance, took time out of his packed schedule to help the tournament’s organisers to provide a tennis workshop to help the next generation of tennis aspirants. He was also seen spending time with the youngsters and posing for pictures with them.

The former world No.1, who holds 21 Grand Slam titles, was recently part of Team Europe that played in an eventful Laver Cup in London, UK, which marked the conclusion of an illustrious career of Roger Federer. Team Europe narrowly lost to Team World on the final day.

Djokovic’s fans are desperate to see him hit the court back, particularly after the controversy that erupted over his absence at the US Open this year.