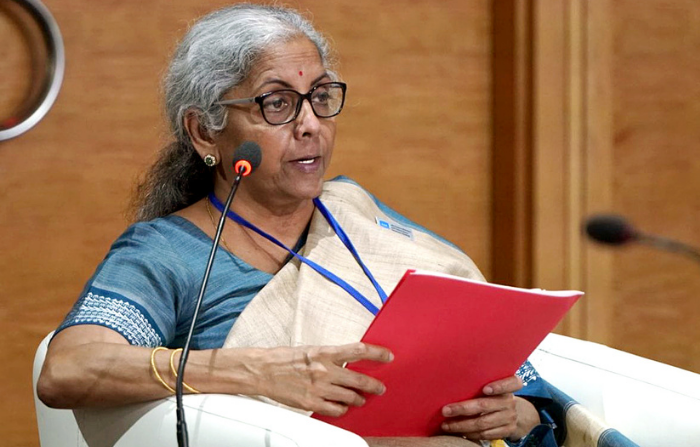 ‘Murasoli’, the mouthpiece of Dravid Munnetra Kazhagam (DMK), the ruling party of the southern Indian state of Tamil Nadu, on Saturday (6) slammed India’s finance minister Nirmala Sitharaman over her “your Tamil Nadu” comment made in the Indian parliament last week.

Sitharaman, a member of the Rajya Sabha or Upper House of the Indian parliament, said while replying to a debate on price rise in the Lok Sabha or Lower House on August 1 that while the Indian National Congress has repeatedly accused the Narendra Modi government of favouring business tycoons Ambani and Adani, “unga naatla, Tamil naatla” (in your state Tamil Nadu), 59 memorandums of understanding (MoUs) have been signed worth Rs 35,000 crore with Adani for establishing data centres.

The Congress is an ally of the DMK in Tamil Nadu.

The DMK slammed Sitharaman, who was also born in Tamil Nadu, in an editorial in its mouthpiece saying the finance minister had “lost her temper to the extent of saying “your Tamil Nadu”.

The editorial said not all those who speak Tamil are Tamilians.

Sitharaman, who was born in the temple town of Madurai in Tamil Nadu, speaks fluent Tamil.

“Why are you so agitated by ‘our’ Tamil Nadu,” the editorial asked Sitharaman and told her to maintain “composure” to figure out the “truth about the country’s finances”.

“Funds can be sourced later. Only if she gains composure, will she understand the financial position of the BJP regime. Instead, if she continues to be agitated, she will not realise the truth,” the editorial read.

The piece also referred to July protests by rice-mill owners and said it was not just in the states of Tamil Nadu and Kerala but also in “BJP-ruled states of Uttar Pradesh and Karnataka”.

Rice-mill owners held protests across India, including Tamil Nadu, against the Modi government’s decision to bring packaged food items, including rice, under the five per cent Goods and Services Tax (GST) slab.

Last week, Sitharaman accused the DMK government of keeping prices of milk and related products above the government-prescribed rates and then blaming the central government for it.

There will be questions and the ruling party must answer them, the ‘Murasoli’ editorial said.

“Parliament’s a place to debate,” the editorial added. “When there are questions thrown to you, answer them instead of passing the buck… Those who are there are not members of a chorus group to talk alike.”