Why India presidential election 2022 was a battle that Modi won 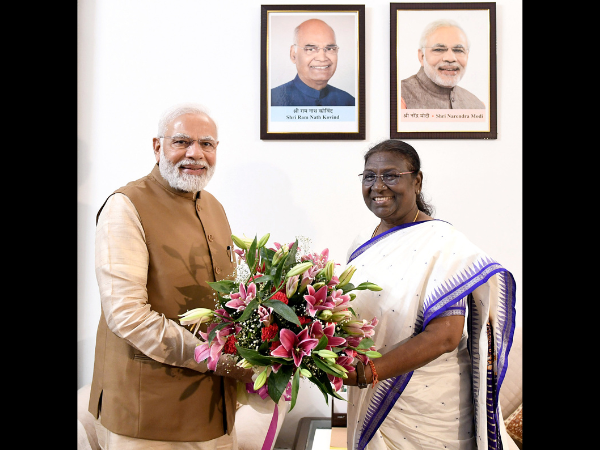 WHILE India celebrated the victory of Droupadi Murmu in the recently held presidential election as she became the country’s first-ever tribal head of state, political observers were more curious about the message that this election conveyed: the near-zero unity among the opposition that aims to topple prime minister Narendra Modi in the 2024 general elections.

Nominating Murmu, a former lawmaker and governor, by her Bharatiya Janata Party (BJP)-led National Democratic Alliance for the election was a masterstroke as it compelled a number of opposition parties to back her since the symbolism of tribal emancipation was too big a risk to ignore.

Reports of heavy cross-voting consequently emerged in favour of Murmu who registered a landslide victory over opposition candidate Yashwant Sinha, also a former BJP leader who later quit the party after it was ‘Modified’.

The BJP later claimed that even the Trinamool Congress (TMC), one of the major anti-Modi parties which is looking to stitch together a united opposition to take on Modi in 2024, failed to ensure that all its lawmakers voted for Sinha. Amit Malviya, the saffron party’s information technology in-charge, said two parliamentarians and one state lawmaker of the TMC voted for Murmu in the election while the votes of six lawmakers from that party were invalidated. He mocked TMC supremo Mamata Banerjee, who is also the chief minister of the eastern state of West Bengal, saying her efforts towards having a united opposition were nullified by her own party. It may be noted here that the TMC ostensibly took less interest in backing Sinha, its own former member, in the presidential poll so that its tribal vote bank was not alienated.

Murmu’s emphatic victory over Sinha (the former polled over 64 per cent of all votes) exposed the deep fissures that remain in the ranks of the Indian opposition and the United Progressive Alliance (UPA), the opposition camp led by the Indian National Congress. While 142 opposition lawmakers voted for Murmu in the election, a number of non-NDA parties refused to side with the UPA, which meant the Modi regime felt assured about its prospects of coming to power for the third time in 2024. It was claimed that the Congress could not ensure that all its lawmakers voted for Sinha even in states where it is in power, such as Chhattisgarh and Jharkhand.

The scenario is no different in the vice presidential election of August 6 either. On Thursday (21), the TMC said it would not vote in the vice presidential elections, therefor alienating Margaret Alva saying the Congress had not consulted it before nominating her as the candidate against the ruling coalition’s candidate Jagdeep Dhankhar, the former governor of Bengal who had a bitter relationship with Banerjee’s government.

The UPA thus failed to bring on board the TMC over its vice presidential nominee and it showed how fragile the state of the Indian opposition is. The TMC has in the recent past flayed the Congress over its recent political debacle and a bigger fall-out between these two big opposition parties would only make the BJP happier ahead of the 2024 battle.

A senior BJP leader told News18 website that one could expect little in the form of opposition unity when UPA allies and non-NDA parties failed to come together for presidential and vice presidential contests that are symbolic and do not involve a far more challenging task of going before the people for votes.