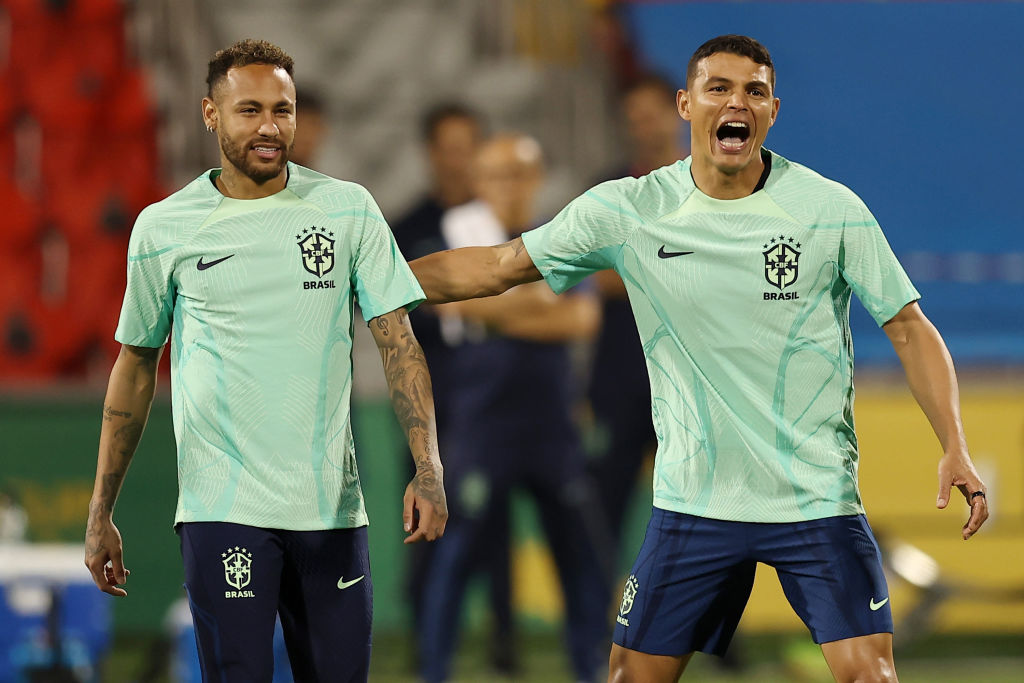 Favourites Brazil begin their bid to win a sixth World Cup on Thursday when they take on Serbia, while Cristiano Ronaldo will hope to put his acrimonious departure from Manchester United behind him as Portugal enter the fray against Ghana.

Brazil will be wary of a dangerous Serbian side when the teams meet at Lusail Stadium, especially after seeing Argentina suffer a shock defeat against Saudi Arabia on Tuesday at the same venue and Germany lose to Japan on Wednesday.

The Brazilians have arrived in Qatar hoping for a repeat of what happened at the last World Cup held in Asia two decades ago, when they won their fifth title in Japan.

Tite’s side can rely on a Neymar who has been in ominous form for Paris Saint-Germain, but the world’s most expensive player is surrounded by other outstanding attackers ready to share the burden, such as Real Madrid duo Vinicius Junior and Rodrygo.

“In my opinion these players will help Neymar because they can divide up the responsibility and create space for him,” said veteran Brazil skipper Thiago Silva.

“The atmosphere in the squad is super healthy. The mixture of young players and more experienced ones creates a great connection,” he added.

However, Serbia appear a more dangerous proposition than four years ago, when they also faced Brazil in the group stage but lost 2-0 and went home in the first round.

“We are afraid of nobody in the world, not even Brazil,” insisted Serbia coach Dragan Stojkovic, who was hopeful that prolific Fulham striker Aleksandar Mitrovic would be fit for the Group G opener.

Switzerland and Cameroon kick off Thursday’s action in the same section at Al Janoub Stadium at 1:00 PM (1000 GMT).

Swiss skipper Granit Xhaka indicated his side would not copy Germany’s mouth-covering protest against FIFA’s stance on rainbow-themed armbands.

The Swiss were one of the seven European teams whose captains were to wear the armband in support of LGBTQ people at the tournament in Qatar, where homosexuality is illegal.

Germany made the gesture as they lined up for their team photo before their shock 2-1 defeat to Japan after they abandoned plans for skipper Manuel Neuer to wear the armband following threats of on-field disciplinary action by FIFA.

“I don’t think we need to do anything as the Swiss team. We need to respect the rules and concentrate on our football, that’s all I intend to do,” Xhaka said on Wednesday.

Ronaldo’s preparation for what is surely his last World Cup has been overshadowed by his bitter departure from Old Trafford.

It was announced late on Tuesday that the 37-year-old would leave United with “immediate effect” in the wake of an outspoken interview with a British broadcaster in which he said he felt “betrayed” by the club and had no respect for manager Erik ten Hag.

His club form this season has been poor but he is still hoping for a final shot at World Cup glory and Portugal will be expected to start with a victory at Stadium 974 by Doha’s waterfront against a Ghana side who sit 61st in the FIFA rankings.

Portugal coach Fernando Santos claimed that Ronaldo’s split from United had not been discussed by the players.

“The players are absolutely focused, with a great spirit, convinced about what they have to do, what their objectives are and realistic about the challenges they are facing,” Santos said.

“Winning a competition of this magnitude is difficult.”

Portugal and Ghana are in Group H with Uruguay and South Korea, who meet in Thursday’s other match.

Son Heung-min will be able to play for South Korea despite wearing a mask after facial surgery.

The Tottenham Hotspur attacker and Korean skipper had surgery earlier this month after suffering a fracture around his left eye during a UEFA Champions League game.

“Son can play and will be able to play,” said coach Paulo Bento.

Ritsu Doan and Takuma Asano scored as Japan came from behind to beat Germany in Group E, while Spain started their campaign with a 7-0 demolition of Costa Rica with Ferran Torres scoring twice for the 2010 World Cup winners.

Belgium also started in winning fashion in Wednesday’s late match as Michy Batshuayi’s goal gave them a 1-0 victory over Canada, for whom Alphonso Davies had a penalty saved.