World Cup: When both Germany and Japan goalkeepers played at same end 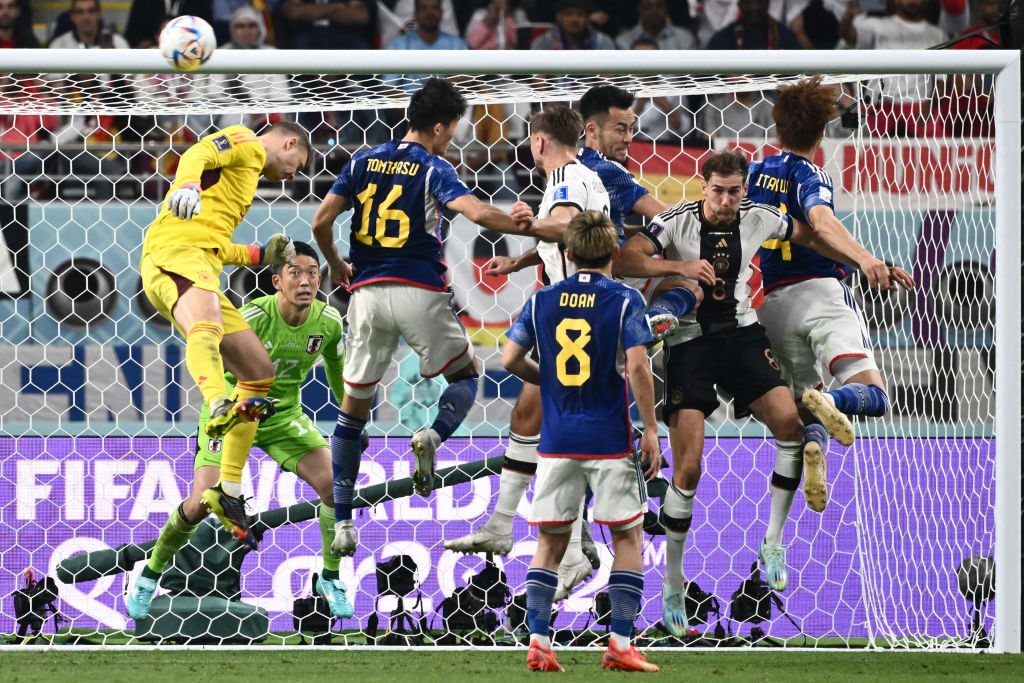 Germany’s goalkeeper Manuel Neuer (L) and players jump for the ball on the goal area of Japan during the Qatar 2022 World Cup Group E football match between Germany and Japan at the Khalifa International Stadium in Doha on November 23, 2022. (Photo by JEWEL SAMAD/AFP via Getty Images)

The FIFA World Cup in Qatar is just a few matches old and already, more than a history has been scripted. In a story of Asian resurgence after host Qatar’s unimpressive show in the opening game, Saudi Arabia and Japan stunned two of the world’s powerhouses and former champions Argentina and Germany, respectively.

On Wednesday (23), Japan came from behind to beat four-time champions Germany 2-1 in their opening game in Group E to register one of their finest victories in the history of the tournament. Ritsu Doan and Takuma Asano scored for the Asians to nail the Germans who will now have to climb a mountain to make it to the second round, particularly with another giant Spain in the group.

After conceding the second goal in the 83rd minute, the Germans turned desperate to find the equaliser and even their goalkeeper and captain Manuel Neuer joined his teammates in the Japanese half in the extra time. At one instance, both Neuer and his Japanese counterpart Shuichi Gonda, who had a fabulous outing, were found standing under the Japanese goal post, though with different aims.

The other half remained empty.

In the dying moments of the game, Germany received a corner and as the ball came flying in, Neuer jumped in the air in a bid to touch his head to score the much-needed goal but he missed it. Gonda missed it but the former’s dejection was evident more as his team lost the match.