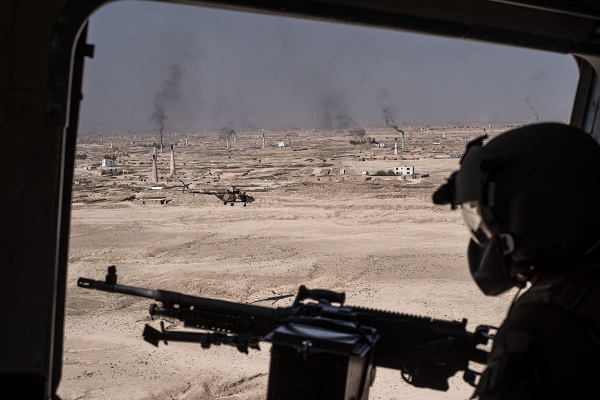 A YOUTH from the Southern Indian state of Kerala, suspected to have fled to Afghanistan in 2017 to join the Islamic State (IS), was killed in a US drone strike in that country, according to information received by his relatives here.

A WhatsApp message received by the family of Muhammed Muhasin on Tuesday (30) said that the youth, a resident of Edapal, had become a ‘Shaheed’ (martyr) 10 days ago.

Confirming the message received by the family, police told that the message had been forwarded to them by the relatives and investigations have begun.

In 2017, while he was a final year student in an Engineering college in the state, Muhasin had left home saying he was going to India’s silicon-valley, Bengaluru.

Police, acting on a missing complaint from his relatives, had registered a case, conducted a probe and found that he had left for Dubai.

The Intelligence Bureau had also probed his disappearance.

According to the relatives, the IB had visited them and informed them that Muhasin had joined the Islamic State (IS).

With the report of his death coming in, police in Kerala state once again began the probe.

Two years ago, a missing man from Kasaragod in Kerala, who was suspected to have joined Islamic State, was killed in a drone strike in Afghanistan.

Murshid Muhammed, a native of Padna in Kerala’s Kasargod district, was killed in a drone attack in Nangarhar province in Afghanistan.

He was among the 21 people from the state, who reportedly went missing after travelling to the Middle East and were suspected to have joined the IS in Syria.

Earlier, another man T K Hafeesudeen, 24, also from Padna, was killed in a drone attack in Afghanistan.