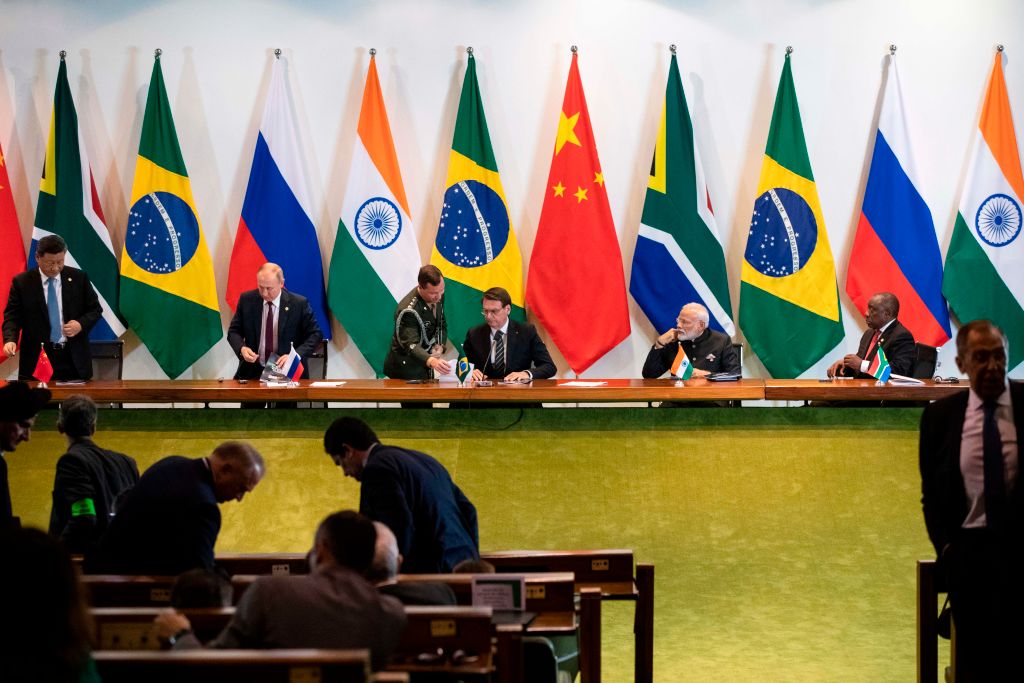 Leaders of BRICS nations at a summit in Brazil in November, 2019. (Photo by PAVEL GOLOVKIN/POOL/AFP via Getty Images)

CHINA National Space Administration (CNSA) has revealed more details on cooperation in joint observation and data-sharing of remote-sensing satellites among the members of the BRICS nations – Brazil, Russia, India, China and South Africa – as the 14th BRICS summit kicked off in Beijing on Thursday (23), the host nation’s Global Times reported.

The daily said 2022 saw a successful opening of the first meeting of the joint commission on space cooperation of the member states which is hosted by the CSNA.

14th BRICS summit: Why US ‘ally’ India has a major challenge in bloc featuring Russia, China

Among the satellites are Gaofen-6 and Ziyuan-3 02 (China); CBERS-4 (co-developed by Brazil and China); Kanopus-V type (Russia) and Resourcesat-2 and 2A (India). All of them joined the mechanism for joint observation and data sharing. The five ground stations that are supporting the programme are located in Sanya in Hainan Province of China, Cuiabá in southwestern Brazil, Moscow, Hyderabad in India and Hartebeesthoek in South Africa.

Remote-sensing satellite technology, with advantages like high-resolution, full-range and global observation capabilities, has become key measures to cope with global challenges of the 21st century like crops and food crisis, water resource shortage and global climate change, the CNSA said.

Strategically, the cooperation between the BRICS nations in the space sector could improve solidarity among them, better the efficiency of satellite observation, realise sharing of resources and boost bilateral and multilateral ties among the member countries, the Global Times cited observers as saying.