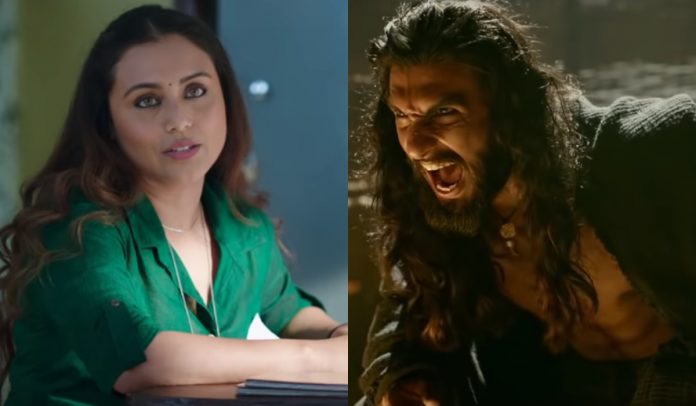 EVERY year Indian government announces winners of National Awards in the month of April or May. But this year it has been postponed because of Lok Sabha Elections. Now, there are reports that the National Awards will be announced soon.

Well, for National Awards, films from all over the country are considered. But today, let’s look at the Bollywood actors who are tough contenders to win big at the National Awards…

Ranveer Singh (Padmaavat)
From Ram to Bajirao to Khilji, Sanjay Leela Bhansali has always given Ranveer Singh a character that he will be remembered for. Last year, Ranveer played the role of Sultan Alauddin Khilji in SLB’s Padmaavat and he clearly gave the best performance of his career in the film.

Rani Mukerji (Hichki)
Rani has been in the industry from the past 23 years and has given some splendid performances. However, she has not yet won a National Award. Her performance as a girl suffering from Tourette syndrome in Hichki surely deserves awards and we won’t be surprised if she gets a National Award for it.

Alia Bhatt (Raazi)
With every film, Alia Bhatt surprises us and 2018 release Raazi was not an exception. She played the role of Sehmat, an Indian spy in Pakistan, wonderfully and at mostly all the popular award functions Alia took the trophy home. Well, we will be sehmat (agree) with the jury of National Awards if they decide to give Alia the Best Actress award.

Taapsee Pannu (Mulk)
One of the most underrated performances of 2018 is Taapsee Pannu’s performance in Mulk. It feels sad to see how the actress was ignored at the popular award functions this year. But we hope that she gets her due when the National Awards are announced.