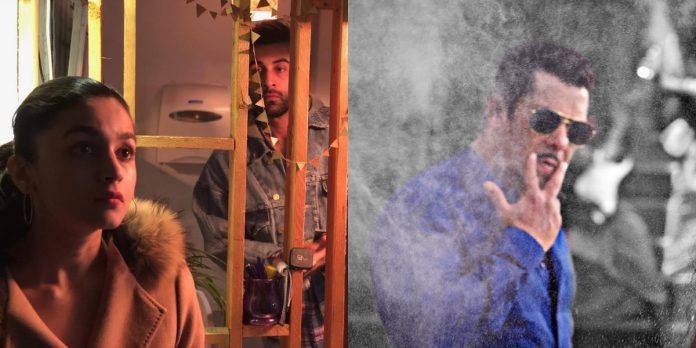 The year will end with a bang as Ranbir Kapoor’s Brahmastra and Salman Khan’s Dabangg 3 will compete at the box office during Christmas weekend. While there have been reports that the Ranbir starrer might get postponed, we are yet to get a confirmation on it. So, for now, it’s Chubul vs Shiva.

Kabir Singh vs Mental Hai Kya (June 21, 2019)
On one side there’s Shahid Kapoor with his movie Kabir Singh and on the other side, there’s Kangana Ranaut and Rajkummar Rao with their movie Mental Hai Kya. Kabir Singh is a masala entertainer and Mental Hai Kya more looks like a multiplex film. It will be interesting to see if Kabir Singh will win the box office race or the Mentals will take the cake.

Batla House vs Mission Mangal (August 15, 2019)
Last year on Independence Day, Akshay Kumar’s Gold and John Abraham’s Satyamev Jayate clashed at the box office. Both the movies did quite well, but it was Akki’s film that won the battle. Now, this year too Akshay Kumar and John Abraham are all set to clash at BO with their respective movies Mission Mangal and Batla House. Let’s wait and watch whose mission will be accomplished at the box office.

Good News vs Anurag Basu’s Next (September 06, 2019)
Akshay Kumar and Kareena Kapoor Khan are coming together on the big screen after a long gap in Karan Johar’s production venture Good News. On the other hand, there’s Anurag Basu’s next directorial which stars Abhishek Bachchan, Rajkummar Rao, Fatima Sana Shaikh, Aditya Roy Kapur, and Sanya Malhotra. We wonder which movie will get good news at the box office.

Marjaavan vs Hrithik-Tiger’s Next (October 02, 2019)
Now, this is a very interesting clash. While on one side there is Hrithik Roshan and Tiger Shroff in YRF’s next, competing with them is Sidharth Malhotra with his movie Marjaavan. Of course, Hrithik and Tiger have a bigger fan following than Sidharth. So, let’s see if Sidharth will be able to beat Hrithik and Tiger at the box office.

Housefull 4 vs Saand Ki Aankh (October 25, 2019)
Looks like this year Akshay Kumar has a lot of competition at the box office. Mission Mangal clashes with Batla House and Good News clashes with Anurag Basu’s next. On Diwali, this year releases Akshay Kumar starrer Housefull 4 and just a few days ago, the makers of Taapsee Pannu and Bhumi Pednekar starrer Saand Ki Aankh announced that they too will release their movie on Diwali. Will women power beat superstardom at BO?