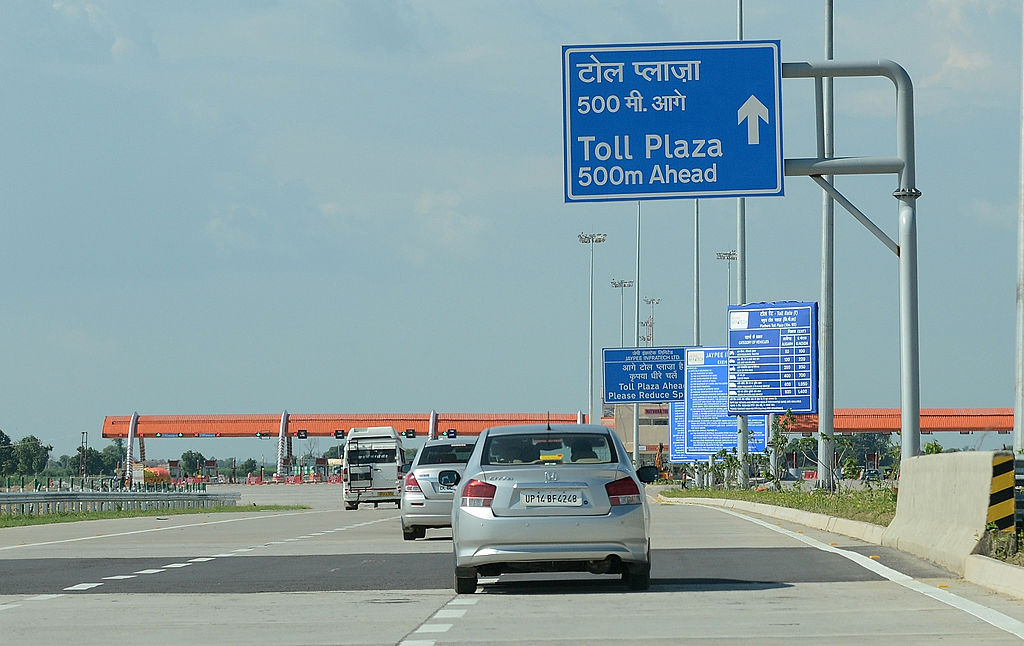 Vehicles arrive at a toll plaza on Yamuna Expressway near Mathura some 150 kms south-east of New Delhi on August 12, 2012. A new highway connecting India’s Taj Mahal tourism town of Agra with the capital New Delhi that will slash driving time by more than half opened on August 9. The 165-kilometre (100-mile) Yamuna Expressway promises a two-hour drive through the crowded towns of Uttar Pradesh state to Agra, where the Taj Mahal draws almost three million domestic and foreign tourists a year. AFP PHOTO/ Prakash SINGH A toll plaza on a national highway in India. (Photo by PRAKASH SINGH/AFP/GettyImages)

India’s Adani Group on Thursday (4) revealed that it has made an agreement to acquire a portfolio of toll roads that have been put up for sale by Macquarie Asia Infrastructure Fund for Rs 3,110 crore (£324 million).

Adani Road Transport, a subsidiary of Adani Enterprises, said in a press release that it would acquire Gujarat Road and Infrastructure Company Limited (GRICL) and Swarna Tollway Private Limited (STPL) for the abovementioned sum. While it will acquire 58.6 per cent in Gujarat Road and Infrastructure Company, it will have 100 per cent stake in Swarna Tollway subject to regulatory approval.

The transaction is expected to conclude in September.

While GRICL has two stretches of toll roads in Gujarat — Ahmedabad to Mehsana on State Highway (SH) 41 and Vadodara to Halol on SH 87, STPL also has a couple of stretches of toll roads in the southern state of Andhra Pradesh — Tada to Nellore on National Highway (NH)-16 which is about 100 kilometres in length and Nandigama to Ibrahimpatnam to Vijayawada on NH-65 which spans about 48 kilometres.

GRICL has two stretches of toll roads in Gujarat — Ahmedabad to Mehsana on SH-41 (51.6 kilometres) and Vadodara to Halol on SH-87 (31.7 kilometres).

“This is one of the largest portfolios of toll road assets with high quality, strong team, long and robust track record of growth and strong cash flow generation with low leverage,” Krishna Prakash Maheshwari, chief executive officer of Adani Road Transport, said. He added that Adani Road Transport is committed to the Adani group’s nation-building initiative with a portfolio of over 5,000 kilometres of highway projects under either construction or operation.

ARTL is committed to the Adani Group’s nation-building initiative with a portfolio of more than 5,000 lane km of highway projects under construction/operation.