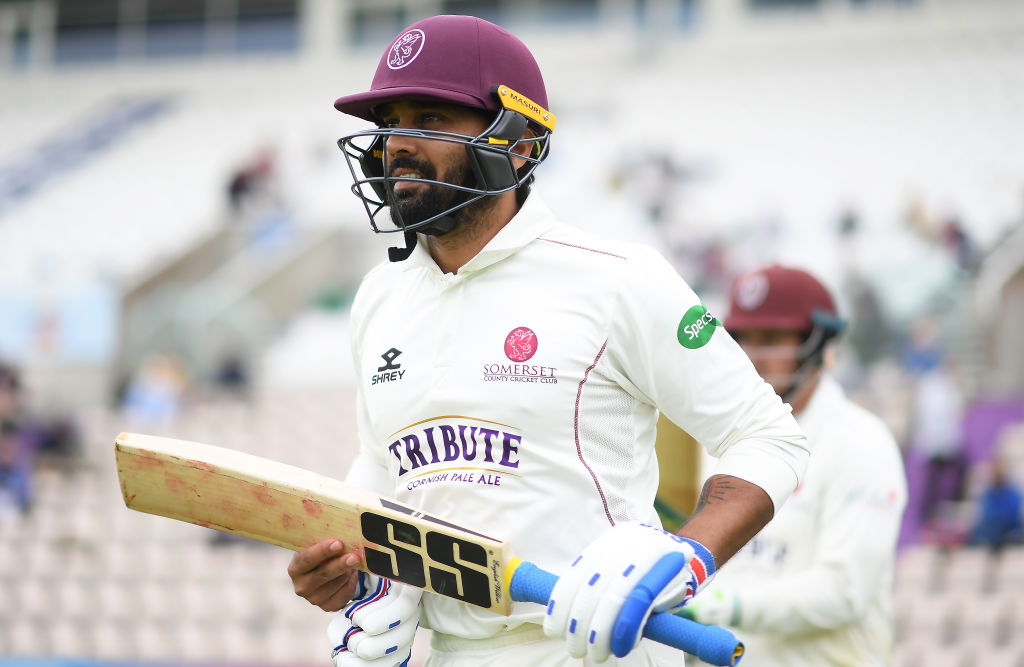 Murali Vijay walks out to bat for England club Somerset during Day One of a Specsavers Division One County Championship match against Hampshire at The Ageas Bowl on September 16, 2019 in Southampton, England. (Photo by Alex Davidson/Getty Images)

The way shown by Unmukt Chand, an Indian batter who led his country to one of the five U-19 World Cup title wins, might not be an exception.

Like Chand, who has severed all ties with Indian cricket and is now aiming to play international cricket for the United States, another discarded Indian cricketer might also opt for the same path going ahead.

Murali Vijay, a veteran batter who has represented India in 61 Tests, 17 one-day internationals, and nine T20 internationals and has even scored three-figure knocks in the Indian Premier League, has said that he is “almost done” with cricket in India and wants to pursue the game abroad next.

the 38-year-old opening batter last played a game in July last year in the Tamil Nadu Premier League where he slammed a hundred. His last India game came in December 2018 when he appeared in a Test match against Australia in Perth. His international debut had also come against the same opponents in Nagpur at home in 2008.

According to Vijay, who has 12 international (Test) hundreds under his belt, his age is becoming a hindrance for him to get opportunities in Indian cricket.

“I am almost done with BCCI (smiles) and I want to find my ways abroad. Play little bit of competitive cricket,” the Chennai-born Vijay told Wednesdays with WV, a weekly show on Sportstar.

The BCCI stands for the Board of Control for Cricket in India.

“After 30 in India, it’s a taboo (smiles). They see us as 80-year-olds walking on street. I don’t want to get into any controversy . The media should also address it differently. I feel you are peaking in your 30s. Sitting here right now, I can bat the way I bat now. But unfortunately or fortunately, the opportunities are less, and I have to search for my opportunities outside,” he said.

“Maybe if I would have got as much backing as Virender Sehwag, things might have been different.”