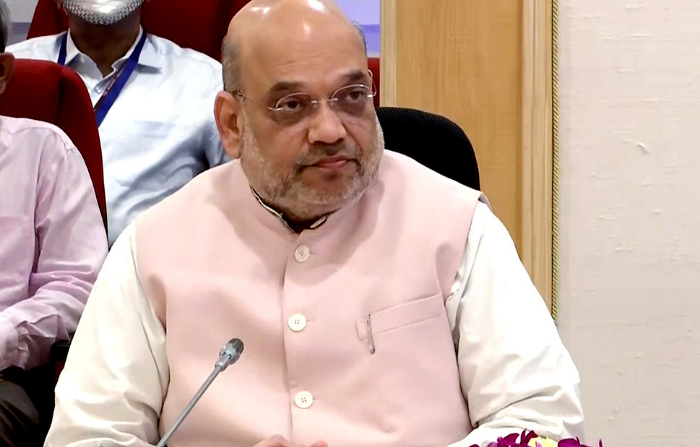 MEMBERS of a number of India’s opposition parties including the Indian National Congress staged a walk-out from the Lok Sabha, the lower house of the Indian parliament, on Monday (6) after the country’s home minister Amit Shah made a statement on the violence in Nagaland on Saturday (4) and Sunday (5) in both houses of the parliament.

Shah, who had expressed condolences over the weekend tragedy in the north-eastern state where 14 civilians lost their lives in firing by security personnel who reportedly mistook them as extremists, said the incident was one of mistaken identity as the armed forces had received information on the movement of extremists in Oting in Mon district of Nagaland and suspected that the vehicle on which they fired was carrying trouble-makers.

Anguished over an unfortunate incident in Nagaland’s Oting, Mon. I express my deepest condolences to the families of those who have lost their lives. A high-level SIT constituted by the State govt will thoroughly probe this incident to ensure justice to the bereaved families.

Six civilians, who were labourers in a local coal mine, were killed after the personnel fired at a pick-up van. Later, as angry villagers confronted them, more died in clashes. One army personnel was also killed. Many were also injured.

“Army had received information on the movement of extremists in Oting, in Mon district. On that basis, 21 commandos laid an ambush in the suspected area. A vehicle reached there, it was signalled to stop but it tried to flee. On suspicion of the vehicle carrying extremists, it was fired upon,” Shah said.

“6 out of the 8 people in the vehicle died. It was later found to be a case of mistaken identity. 2 others who were injured were taken to the nearest health centre by Army. After receiving news of this, local villagers surrounded the Army unit, set 2 vehicles on fire and attacked them,” the home minister added.

Confirming that one security personnel was killed many were injured, Shah said, “Security forces had to resort to firing for self-defence and to disperse the crowd. This caused the death of 7 more civilians, some others injured. Local administration-Police tried to bring the situation to normalcy.”

“The current situation is tense but under control. On 5th Dec, Nagaland DGP and Commissioner visited the site. FIR has been registered and keeping seriousness in mind, probe has been handed over to State Crime Police Station. The SIT has been constituted and has been directed to complete the probe within a month,” he added.

The Indian Army also expressed regret over the incident and said an investigation was on at the highest level.

Neiphiu Rio, the chief minister of Nagaland, ordered a high-level probe on Sunday into the incident and his government formed a special investigation team.

Gaurav Gogoi, a Congress parliamentarian from Assam, a neighbouring state of Nagaland, said the incident marked a “black day” in the history of Nagaland and blamed “inaccurate intelligence” for it.

“The question on everyone’s mind is that how come a group of unarmed civilians were not distinguished from hardcore militants,” he said.