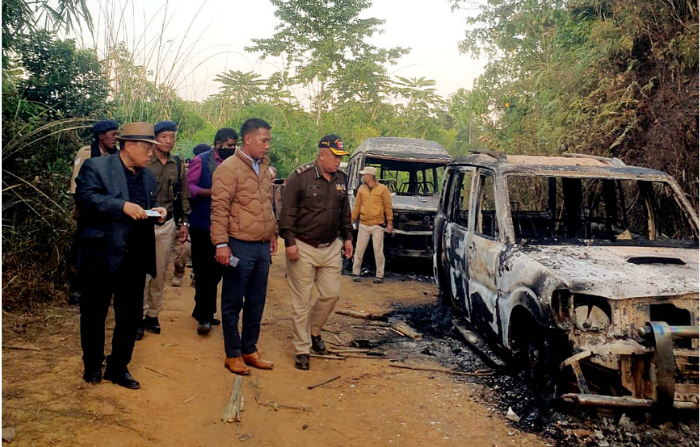 A DAY after 14 civilians were killed by security forces in the north-eastern Indian state of Nagaland, state chief minister Neiphiu Rio said his government has asked the Narendra Modi government to remove the Armed Forces (Special Power) Act, 1958 (AFSPA) from his state.

Speaking with the media after attending the funeral services of the slain civilians in Oting in Mon district of Nagaland, Rio announced the central government will give an ex gratia assistance of Rs 11 lakh (£11,006) and the state Rs five lakh (£5,002) to the kin of those who died.

“I’ve spoken to the Union Home Minister and he is taking the matter very seriously. We’ve given financial assistance to affected families. I have also urged the Centre to remove AFSPA from Nagaland as the law is a black spot on the image of the country,” Rio, who belongs to Nationalist Democratic Progressive Party, an ally to the Bharatiya Janata Party, said.

Rio’s statement came the same day Conrad Sangma, his counterpart in another north-eastern state of Meghalaya, asked for repealing the controversial AFSPA.

AFSPA gives special powers to the Indian armed forces to maintain public order in “disturbed areas” and has been accused as draconian since it gives the armed forces the power to kill anyone for contravening law, arrest and search premises without a warrant and shield forces from persecution and legal suits without the central government’s sanctions.

It is currently effective in the union territory of Kashmir and the states of Nagaland, Assam and Manipur (barring seven assembly constituencies of capital Imphal) and parts of Arunachal Pradesh. It was revoked in Meghalaya in 2018.

Nagaland made the headlines on Saturday (5) after the security officers opened fire at a pick-up van in what is claimed to be a case of “mistaken identity”, killing six civilians. They were labourers of a local coal mine who were returning home from work.

Soon after, angry villagers reached the spot and reportedly put two security vehicles on fire at which the forces retaliated and in the firing, seven more villagers died. One security personnel also died in the clashes. Local sources claimed nine villagers were also injured in the firing. The deceased and the injured were shifted to Mon district headquarters.

The rioting then spilled over into Sunday (6) when angry villagers vandalised offices of an apex trial body in the district and a camp of the Assam Rifles, setting parts of the camp ablaze. One more person was killed while two others were injured as the security forces fired back at them.

Mon shares a porous border with the neighbouring country of Myanmar, where the Yung Aung faction of the National Socialist Council of Nagaland (Khaplang), a separatist outfit, is based.