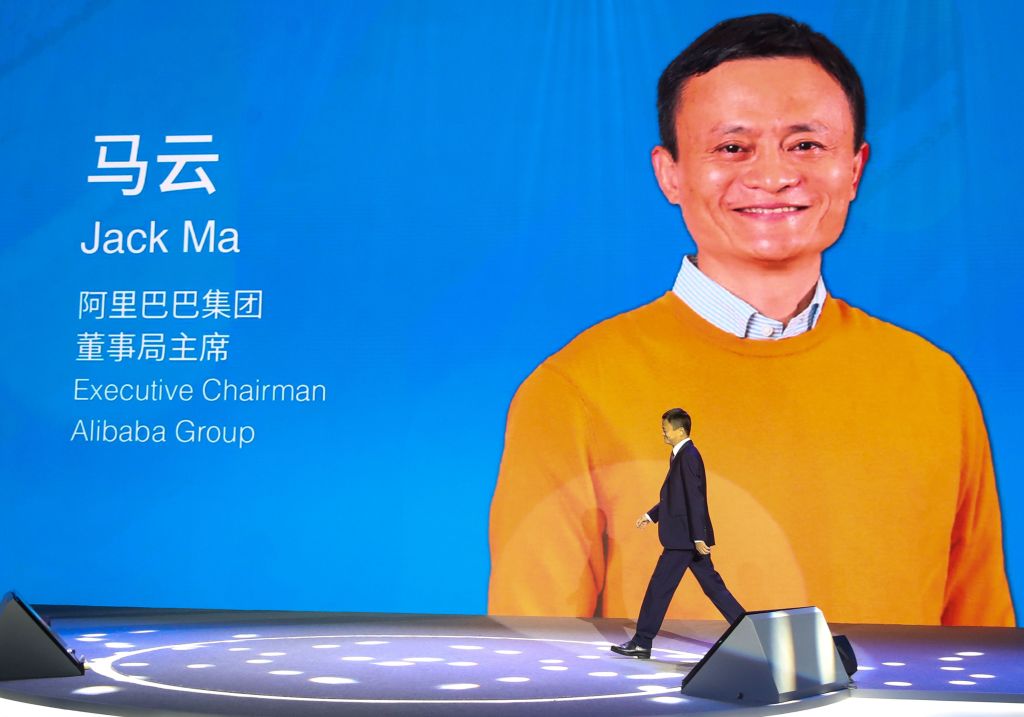 Shanghai’s stock exchange announced the decision late Tuesday, less than 48 hours before shares were to begin trading and a day after Ma was summoned by regulators amid growing official pushback against the company.

The move was quickly interpreted as a signal from the nation’s communist leaders that they were uncomfortable with the enormous influence of Ant Group, which has helped revolutionise commerce and personal finance in China but eroded the power of state financial institutions.

“The Party has once again reminded all private entrepreneurs that no matter how rich and successful you are it can pull the rug out from under your feet at any time,” China-watcher Bill Bishop wrote in his daily Sinocism newsletter.

Hong Kong’s exchange, where Ant Group shares were also to be listed, said the issue would be postponed there as well.

Thursday’s planned listings would have been the culmination of the world’s biggest IPO, with the two legs combined worth $34 billion.

Alibaba’s Hong Kong-listed shares plunged nearly 10 percent at the start of trading on Wednesday before settling around 6.2 percent lower by the break.

Speaking at a Shanghai business forum, the tycoon criticised regulators as heavy-handed, out of touch with the needs of regular consumers, and blamed them for stifling fintech innovation.

Speculation was rife that Ma’s comments were the last straw for the government, which tolerates no criticism or questioning.

Ant’s Alipay platform has helped revolutionise commerce and personal finance in China, with consumers using the smartphone app to pay for everything from meals to groceries and travel tickets.

But Ant Group, which has more than 700 million monthly active users, has also stepped on toes in China’s tightly state-controlled finance sector by venturing into personal and business lending, wealth management and insurance.

China has moved over the past three years to rein in mounting debt levels in the world’s second-largest economy, and in recent weeks announced new regulations specifically targeting online lending.

“The main issue that the authorities are uncomfortable with is the line that allows fintech to be subjected to lesser scrutiny than its (state-owned) banks but could also well contribute to systemic risks,” said Dave Wang, portfolio manager at Nuvest Capital.

The comments by Ma — Ant Group’s controlling shareholder, one of China’s richest and most powerful business figures, and a member of the ruling Communist Party — cost him dearly.

The IPO would have made Ma Asia’s richest person, according to Bloomberg News, but instead his net worth tumbled by around $3 billion after Alibaba’s US-listed shares plunged.

A Sunday commentary in the state-controlled Financial News warned of internet giants like Ant Group getting too big, saying any resulting systemic problems “will lead to serious risk contagion”.

The state-owned Economic Daily newspaper responded Tuesday to the suspension calling it a demonstration of regulators’ determination to “safeguard the interests of investors”.

Ant issued a statement Tuesday saying it “sincerely apologises… for any inconvenience caused by this development” and that it would cooperate with regulators.

The firm said it would refund retail investors, though it was not clear when the listing might eventually go ahead.

But Wang of Nuvest Capital said he expected the hold-up to be a “short-term” affair while new rules were written and companies made adjustments.

The share sale was set to beat the $29 billion chalked up by previous record-holder Saudi Aramco last December.

Beijing has called on national flagships of the tech sector to list on domestic stock exchanges rather than fundraise in the US, in a period of sharp economic and political rivalry.