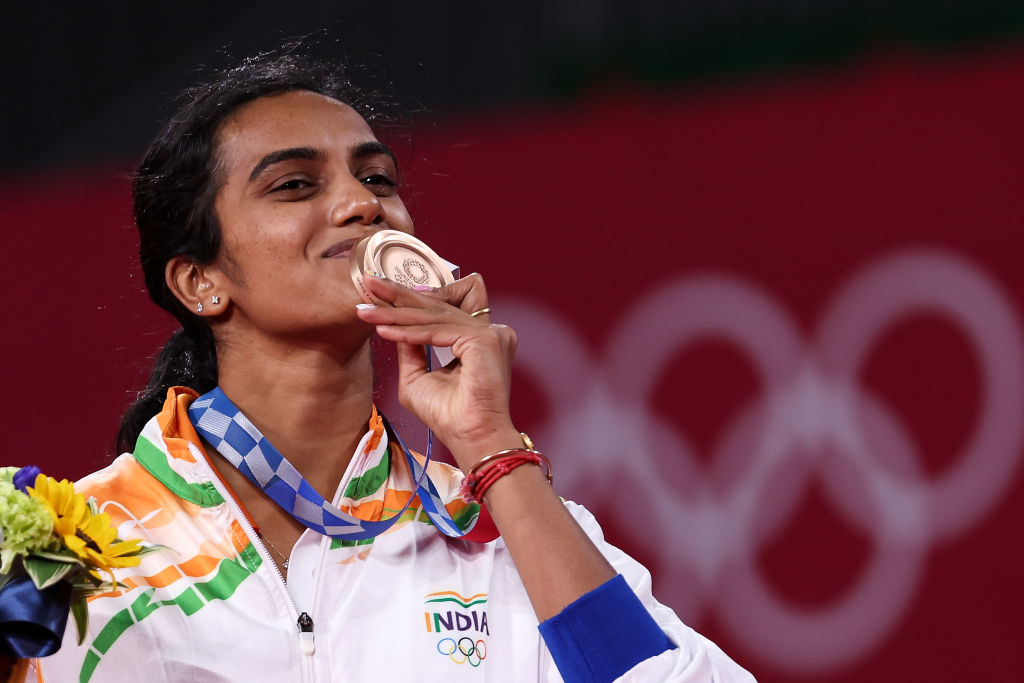 INDIAN prime minister Narendra Modi had told ace shuttler PV Sindhu that he would like to have ice-cream with her once she returned successfully from the ongoing Tokyo Olympic Games. He told this to the 26-year-old ahead of the Indian athletes’ departure for the mega event in Japan which took off on July 23.

Sindhu on Sunday (1) created history by becoming the first Indian woman athlete to bag two Olympic medals after she won the bronze in the women’s singles tournament by beating China’s He Bing Jiao 21-13, 21-15 at Musashino Forest Sport Plaza in the Japanese capital. The badminton superstar won a silver at the Rio Olympic Games in 2016.

The ice-cream session with the prime minister now looks only a matter of time.

Sindhu’s father PV Ramana, a former volleyball player who was present during Modi’s virtual interaction with his daughter last month, said the shuttler will meet Modi on her return on Tuesday (3).

‘We will have ice-cream when you come back’

“He had said, ‘you go, we will have ice-cream when you come back,’ so she will now definitely go and have ice-cream with the prime minister,” Ramana was quoted as saying by Indian media.

Modi told Sindhu that he would invite her for dessert after she admitted that she loves ice-cream but stays away from it in order to stay fit. The prime minister also spoke about the news that Sindhu’s former coach P Gopichand had taken her phone and disallowed her from having ice-cream during her visit to the Rio Olympics.

Like the rest of India, Modi was also elated over Sindhu’s performance at Tokyo and tweeted, “We are all elated by the stellar performance by Sindhu.”

“She is India’s pride and one of our most outstanding Olympians,” he added.

Sindhu, who was in great form in this edition, lost to Chinese Taipei’s Tai Tzu-ying in the semi-final in straight sets to crash out of the gold race. But she won the bronze-medal game to become the second Indian after weightlifter Saikhom Mirabai Chanu to win a medal in this Olympics. Chanu won a silver on Saturday (24).

Sindhu is now the third from India overall and the second from independent India to win two Olympic medals. Wrestler Sushil Kumar won a bronze at the Beijing Games in 2008 and silver at the London Games in 2012. Before independence, Norman Pritchard won two silvers at the 1900 Paris edition in athletics.