‘Baahubali’ Record Can be Broken Any Friday: Prabhas 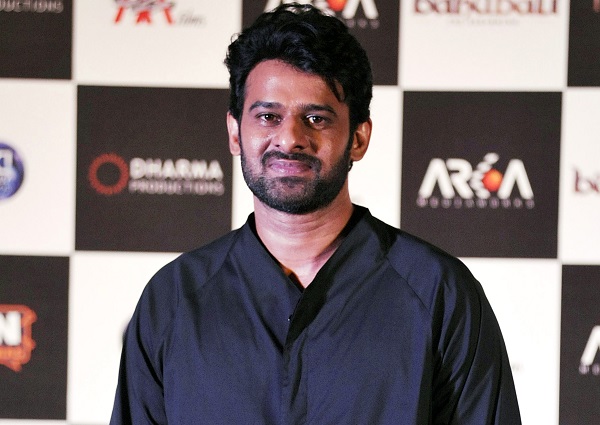 “That record is going to change any Friday. The record is just a start, not the end. Some filmmaker from Gujarat or West Bengal can make a film which will beat everything we have. A Kannada film ‘KGF’ came and did good business too,” Prabhas told (Photo: STR/AFP/Getty Images).

INDIAN actor Prabhas says the kind of films that are being made across the country, the record set by ‘Baahubali’ films can be broken any Friday (28).

Prabhas headlined the two-part epic-fantasy franchise- ‘The Beginning’ and ‘The Conclusion’.

While it has been two years since ‘Baahubali 2: The Conclusion’ set the record of becoming the biggest grossing blockbuster in the country, Prabhas said any filmmaker with a strong storyline can set new benchmarks today.

“That record is going to change any Friday. The record is just a start, not the end. Some filmmaker from Gujarat or West Bengal can make a film which will beat everything we have. A Kannada film ‘KGF’ came and did good business too,” Prabhas told.

The actor said post the SS Rajamouli-directed blockbuster series, everyone realised a well-made film can travel to every corner of the country.

“Now every director knows he or she can make a film and release it around the country. If the film is good, it’ll work. There is such great cinema being made across (the states) and it’s a good time for everyone,” he added.

However, the 39-year-old actor doesn’t believe it’s necessary for stars to only do larger-than-life films to succeed.

Case in point being Salman Khan, who can pull off an action movie as well as an emotional film with ease, Prabhas said.

“Salman Khan is an action hero who did ‘Wanted’ and ‘Dabangg’ but even a ‘Bajrangi Bhaijaan’, where he doesn’t fight, was a blockbuster. The story should be intriguing and that’s it. The audience today will accept a good story.”

Post the mega-success of “Baahubali”, Prabhas had a few Bollywood offers but he turned them down as he had already committed to his upcoming “Saaho”.

The action thriller, written and directed by Sujeeth, has been shot simultaneously in Hindi, Tamil and Telugu.

Prabhas said while dialogues in Telugu and Tamil had a similar flow, the ones in Hindi were different, something he had to pay attention to.

“In Tamil and Telugu, the flow of your dialogues are largely similar. But in Hindi, it’s reversed. The emphasis on how a sentence would start and end is different, so I had to keep that in mind. When that happens, your body language also changes,” he said.

The film is scheduled to be released Friday (30).