Ban On TikTok In India Would Harm Free Speech: Bytedance 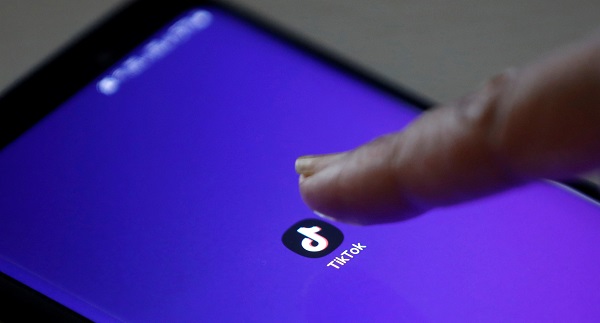 TikTok, whose video-only interface makes it easier to use than platforms such as Facebook or Twitter, has been downloaded more than 240 million times in India, says app analytics firm Sensor Tower (Photo: REUTERS/Danish Siddiqui/).

An Indian court’s call for a ban on the popular video app TikTok will hurt free speech rights, China’s Bytedance Technology Co has said in a request for the Supreme Court to quash the directive.

Bytedance is one of the world’s most valuable start-ups and its TikTok app lets users create and share short videos with special effects. It has become popular in rural India, where most of a population of 1.3 billion lives.

TikTok, whose video-only interface makes it easier to use than platforms such as Facebook or Twitter, has been downloaded more than 240 million times in India, says app analytics firm Sensor Tower.

A ban “amounts to curtailing of the rights of the citizens of India…who have been using the platform everyday to express themselves and create content,” the company said in a court filing reviewed by Reuters, asking for the order to be quashed.

The company’s Monday filing is not public and has not previously been reported. The Supreme Court has set next Monday (15) for a hearing.

Last week, a court in the southern state of Tamil Nadu asked the federal government to ban TikTok, saying it encouraged pornography and made child users vulnerable to sexual predators.

TikTok’s inappropriate content was a dangerous aspect of the app, it added.

Jokes, clips and footage related to India’s movie industry dominate the platform, along with videos in which young people, sometimes scantily clad, lip-sync and dance to music.

Bytedance said users flagged only a tiny proportion of TikTok videos, showing that a “very minuscule” proportion of its content was considered inappropriate or obscene. TikTok was primarily used to circulate amusing videos, it added.

It also argued that it could not be held liable for content posted by users.

Some of TikTok’s content was “unbearable”, M Manikandan, the minister for information technology in Tamil Nadu said in February, and a group close to the ruling Bharatiya Janata Party (BJP) has also called for a ban.

In its filing, the company said TikTok had experienced immense success in India, which fuelled controversy. Bytedance employs more than 250 people in India and plans more investment as it expands the business, it added.

The BJP is tracking conversations on TikTok, the party’s information technology chief, Amit Malviya, has previously said, calling it a brilliant medium for creative expression.