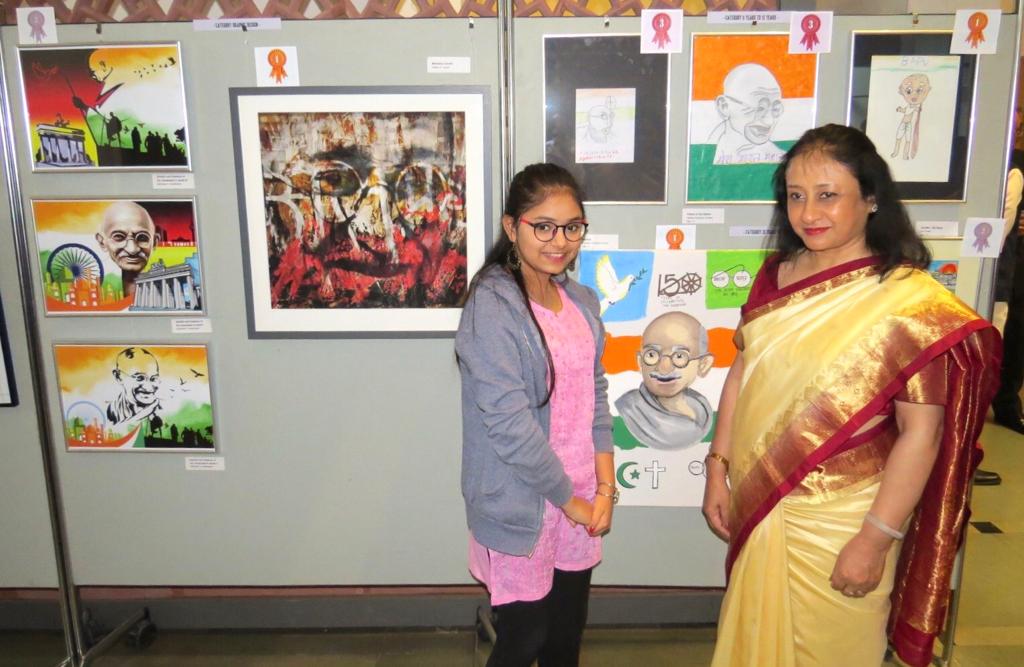 Embassy of India at Berlin opened an art exhibition on October 2 in celebration on the 150th birth anniversary of Mahatma Gandhi.

The exhibition features original works received from German residents for an art competition organized by the Tagore Centre, Berlin.

Speaking on the occasion, Mukta Dutta Tomar, India’s Ambassador to Germany, focused on Gandhiji’s universal message of truth, peace and non-violence and the relevance of his ideals in the 21st century.

The event has seen a strong participation of members of Indian diaspora organizations.

150 years of celebrating the Mahatma.
An Art Exhibition on ‘[email protected]: Ideals and Teachings of Mahatma Gandhi’ was inaugurated in #Berlin on the occasion of the #150thBirthAnniversary of #MahatmaGandhi by Ambassador #MuktaTomar#GandhiJayanti #Gandhi150 #MahatmaAt150 pic.twitter.com/tVesdgkKnb

Embassy is commemorating the 150th birth anniversary of Mahatma Gandhi with a series of two-year long events launched on Gandhi Jayanti last year.

In December 2018, a bust of Mahatma Gandhi, gifted by the Government of India, was installed at the August-Viktoria Gymnasium (School) in Trier by Ambassador Tomar and Lord Mayor of Trier Wolfram Leibe.

Earlier in September, Embassy had organized a vegetarian food festival in collaboration with diaspora associations. A year-long online quiz competition on Mahatma Gandhi, conducted on Twitter and Facebook,  has been another highlight.

Other commemorative events held included Diaspora and Gandhi Youth Conference, Gandhi Peace Marathon in Berlin, projection of Gandhiji’s life story at the Berlin Light Festival 2018 and talks and presentations on Mahatma Gandhi at schools in Hannover and Dresden.