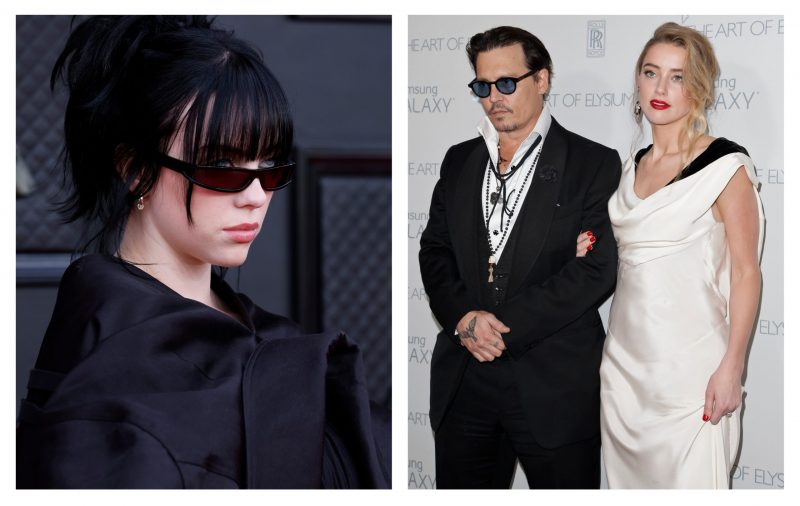 Through the song ‘TV’, Eilish was referring to the heavily publicized defamation trial of actors Johnny Depp and his ex-wife Amber Heard. The trial became an Internet sensation for weeks and people seemed to care more about the verdict of these celebrities than the US Supreme Court’s overturning of Roe v. Wade.

According to Eilish, while she was concerned with “losing her own body rights,” the netizens were giving their opinion on the trial, reported Variety.

“I was in this state of depression, losing my own rights to my own body, and then I’d go on the internet and it would be people giving their take on this trial. Women are losing rights to their bodies, so why are we talking about celebrities’ divorce trials? Let them figure it out on their own. The Internet bothers the shit out of me sometimes,” the singer said in an interview with the New Musical Express(NME).

Eilish’s interview was published on June 24, the same day the US Supreme Court gave its verdict overturning Roe v. Wade which eliminated the nearly 50-year-old constitutional right to abortion and ruled that states may regulate the practice of it.

Despite the announcement, Eilish found out that netizens were more concerned with the defamation trial of the celebrities, reported Variety. The ‘Lovely’ singer admitted that she “wanted to go back to her roots.”

“I just wanted to go back to my roots: to put a little guitar song back out, and feel like how I used to. I was just missing that feeling and missed doing a song that no one had heard yet,” said Eilish.

Meanwhile, on the work front, Eilish would be lending her voice to Disney and Pixar’s manga comic adaptation titled ‘Turning Red: 4*Town 4*Real: The Manga’