BJP Should First Pursue Path Of Truth And Then Talk About Mahatma Gandhi: Priyanka Gandhi 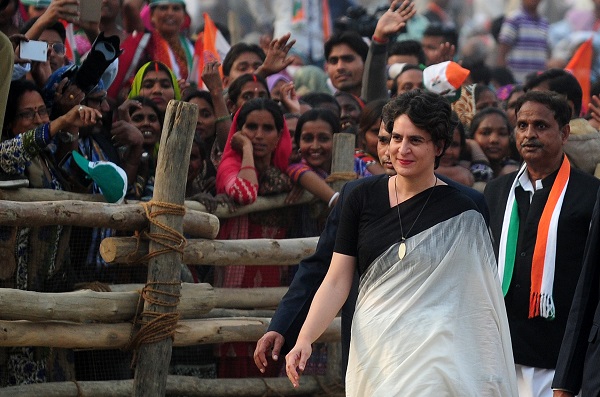 TAKING a swipe at the BJP, Congress general secretary Priyanka Gandhi on Wednesday said it should first pursue the path of truth shown by Mahatma Gandhi and then talk about him.
She made the remarks before participating in a silent march organised here by the Congress on 150th birth anniversary of Mahatma Gandhi.

The silent march is also being viewed as a show of strength by the Congress which has been on the sidelines of state politics for a long time.

About 80 Congress workers were arrested on Monday at a public meeting ahead of a march they planned in support of the student who has accused BJP leader Swami Chinmayanand of rape.

In an informal chat with media persons just before embarking on the march, she said, “Atrocities are being committed on women and when they raise their voice to fight against them, they are being crushed. We will definitely struggle against it.”

The silent march which started from Shaheed Smarak here will culminate at the GPO park, where Congress leaders will pay floral tributes to the father of the nation.

The Congress, along with other opposition parties, have boycotted the 36-hour  special session organised by the Uttar Pradesh government on the occasion.

Later, Priyanka Gandhi is also scheduled to interact with party workers and leaders at the UPCC headquarters here.