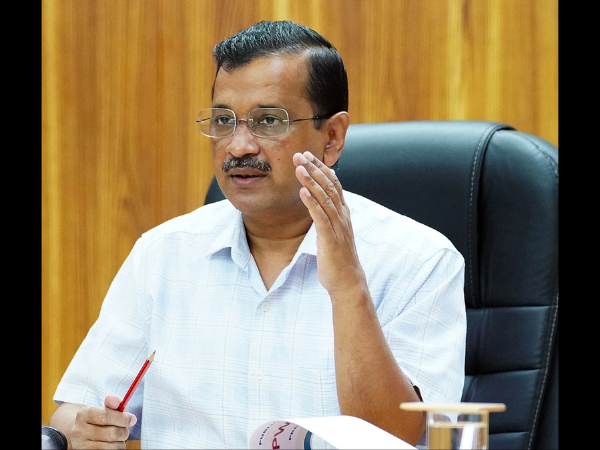 In a bizarre claim, Delhi chief minister Arvind Kejriwal on Tuesday (13) said in Gujarat that the Bharatiya Janata Party (BJP) is “trying to make Sonia Gandhi the prime minister after Narendra Modi”.

The Aam Aadmi Party (AAP) convener, who has been making frequent visits to the western state which will go to polls later this year, made the remark as a retort to the BJP’s claim that activist Medha Patkar is his party’s chief ministerial face for Gujarat.

Kejriwal also said that the BJP is set to lose the Gujarat election and the Indian National Congress, which is the opposition party there, is “finished”.

The BJP, which rules India, has been in power in Gujarat for more than two decades now. The AAP, on the other hand, won its second state in Punjab earlier this year and is hoping to clinch power in Gujarat as well.

When a reporter asked Kejriwal about the BJP saying the AAP is trying to “give a backdoor entry to Medha Patkar in Gujarat politics,” the 54-year-old leader said, “I have heard that the BJP is making Sonia Gandhi its PM candidate after (Narendra) Modi ji. Dare to ask them my question. I understand that you will be afraid (of asking it). At the next press conference, tell them Kejriwal says you’re making Sonia Gandhi Modi ji’s successor and PM candidate and giving her a backdoor entry. What do you have to say?”

Sonia Gandhi is the president of the Congress.

The audience burst out into laughter.

Patkar, who unsuccessfully contested the 2014 general elections on the AAP’s ticket in the neighbouring state of Maharashtra, has been accused by the BJP of harming the interests of Gujarat by opposing the Narmada Dam project.

When Kejriwal was asked about a Congress leader alleging that the AAP government in Punjab was spending millions in advertisements for Gujarat even though the state is on the verge of bankruptcy, he hit back saying the Congress was finished and nobody cared about their questions.

The BJP was among those who had opposed Sonia Gandhi’s prospects of becoming the prime minister in 2004 saying she is a person of foreign (Italian) origin.