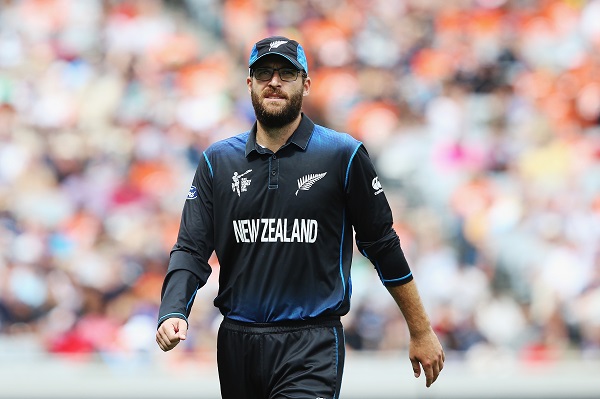 NEW ZEALAND have the capacity to upset Cricket World Cup favourites India in Tuesday’s (9) semi-final if they can make an explosive start to the match, according to former captain Daniel Vettori.

After making a fast start to the tournament, the Black Caps lost their last three round-robin games and qualified for the semi-finals in fourth place to set up a clash with the top-ranked Indians in Manchester.

They are heavy underdogs to get to their second successive final but Vettori said anything was possible if New Zealand hit the ground running.

“A three-match losing streak can evaporate pretty quickly with a great 10 overs at the start,” Vettori wrote in his International Cricket Council column.

“If New Zealand get off to a great start, with bat or ball, the streak will soon be forgotten.”

Vettori said that out-of-form opening batsman Martin Guptill, who has scored just 166 runs in eight innings, was key to that game plan on the batting side.

“He has done it before so many times, and knowing him as I do, I am sure he can turn it around again and very quickly it will become a different story,” he added.

“Don’t forget he actually started this tournament pretty well with an unbeaten half century against Sri Lanka, so he doesn’t have to look back all that far for proof of what he can still do at this level.”

The former left-arm spinner said the rest of New Zealand’s batting lineup should also follow the same tactics that England had in the round-robin stage when they beat India by 31 runs at Edgbaston.

Eoin Morgan’s team saw off the “basically unplayable” quick Jasprit Bumrah then attacked the rest of the Indian bowlers in a blueprint Vettori believes New Zealand have the talent to follow.

“New Zealand have got all the ingredients in place to put on a big total. I know they haven’t done it yet. The Black Caps have the plan in place to post something big, it just all needs to come together at the right time.”

Attacking in the opening 10 overs with the ball was also paramount, he wrote, even if India were the best side at assessing conditions and adjusting their batting accordingly.

“They will have to be aggressive right from the outset and bowl to take wickets. If you take early wickets and can get at that Indian middle order then you have a chance.

“The key will be Trent Boult, he knows these Indian batsmen extremely well at this point. They have to stay aggressive, bowl to get wickets and let Trent work his magic at the start, in the middle and at the death.”