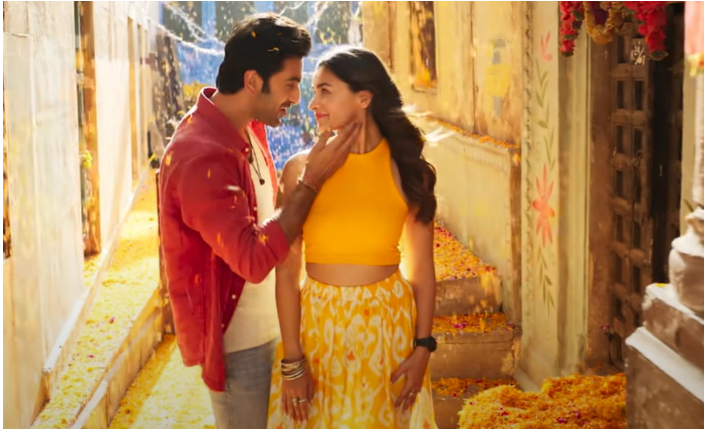 After a long wait, the makers of Brahmastra finally raised the curtain on the trailer of the hotly anticipated film, starring Ranbir Kapoor and Alia Bhatt in lead roles. Brahmastra Part One: Shiva marks Ranbir and Alia’s first film together. The Ayan Mukerji directorial also features megastar Amitabh Bachchan, Nagarjuna, and Mouni Roy in significant roles.

Sharing the trailer on social media, the makers wrote, “Presenting the official Trailer of Brahmāstra. Get ready to experience a new world of Ancient Indian Astras and the magic of this extraordinary journey. Brahmāstra Part One: Shiva in cinemas September 9th.”

The trailer of the high-profile film takes fans into an Astraverse, created by filmmaker Ayan Mukerji who returns to direction after a long gap of nine years. The trailer, which features a voiceover by Amitabh Bachchan, reveals that the story of the film is about the god of astras, and the destiny of Brahmastra is linked to a young boy named Shiva (Ranbir Kapoor).

The trailer offers a glimpse of his simple life as a DJ and how he falls in love with Isha (Alia Bhatt). But life takes an unexpected turn for the couple when Isha learns that Shiva has a connection with the element fire.

The visually grand trailer also introduces the warriors who are protecting ancient weapons of light. Ayan also gives a glimpse of the villain of Brahmastra, played by Mouni Roy. As the trailer progresses, Shiva learns to control his powers before he has an epic battle against the villain.

Produced by Karan Johar under the banner of Dharma Productions, Brahmastra is scheduled for its theatrical bow on September 9, 2022.