Brahmastra trailer: ‘This is what we can expect from Urduwood:’ Netizens brutally troll Ranbir Kapoor for wearing shoes inside temple 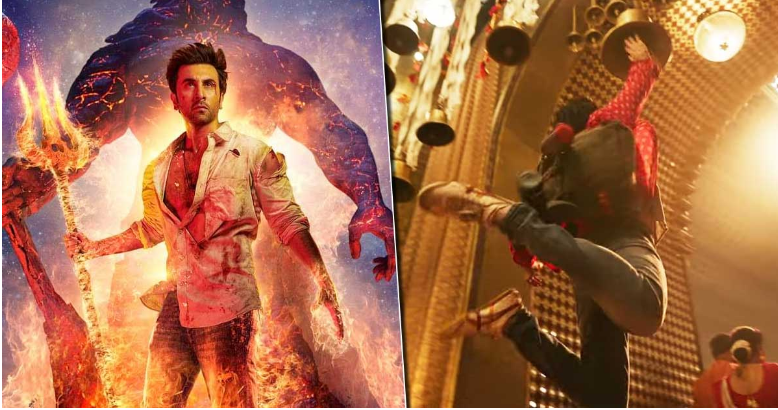 After a long wait, the makers of Brahmastra Part 1: Shiva finally unveiled the trailer of the much-anticipated film on June 15. Made on a humongous budget, the film features an ensemble cast of Ranbir Kapoor, Alia Bhatt, Amitabh Bachchan, Nagarjuna, and Mouni Roy.

Though the trailer has impressed a large section of the audience with its engrossing storyline, spectacular visual effects, and impeccable looks of the entire cast, there are some people who are offended by the fact that one of the shots in the trailer shows Ranbir Kapoor wearing shoes inside the temple. Here’re some of the comments on social media:

While many slammed the makers of Brahmastra and Ranbir Kapoor for wearing shoes in the temple, one netizen mentioned that it was in fact a pandal and not a temple. “People talking about Hindu sentiments don’t even know a basic difference between Pandal and temple. Durga puja is celebrated at pandals in most of the cities where footwear can be worn inside. Ranbir’s footage is clearly of Pandal not temple,” wrote a user.

Another tweeted, “I wish I either had the keen observation power of those who are demanding to #BoycottBrahmastra or the talent of the VFX team of the movie who I’m sure can remove Ranbir Kapoor’s footwear and make him barefoot in the scenes in question.”

Brahmastra Part 1: Shiva is slated to be the first installment in a planned cinematic universe dubbed the Astraverse by the makers. The film is slated for release on September 9.