Britain says talking to Ukraine, not Russia, about jailed soldiers 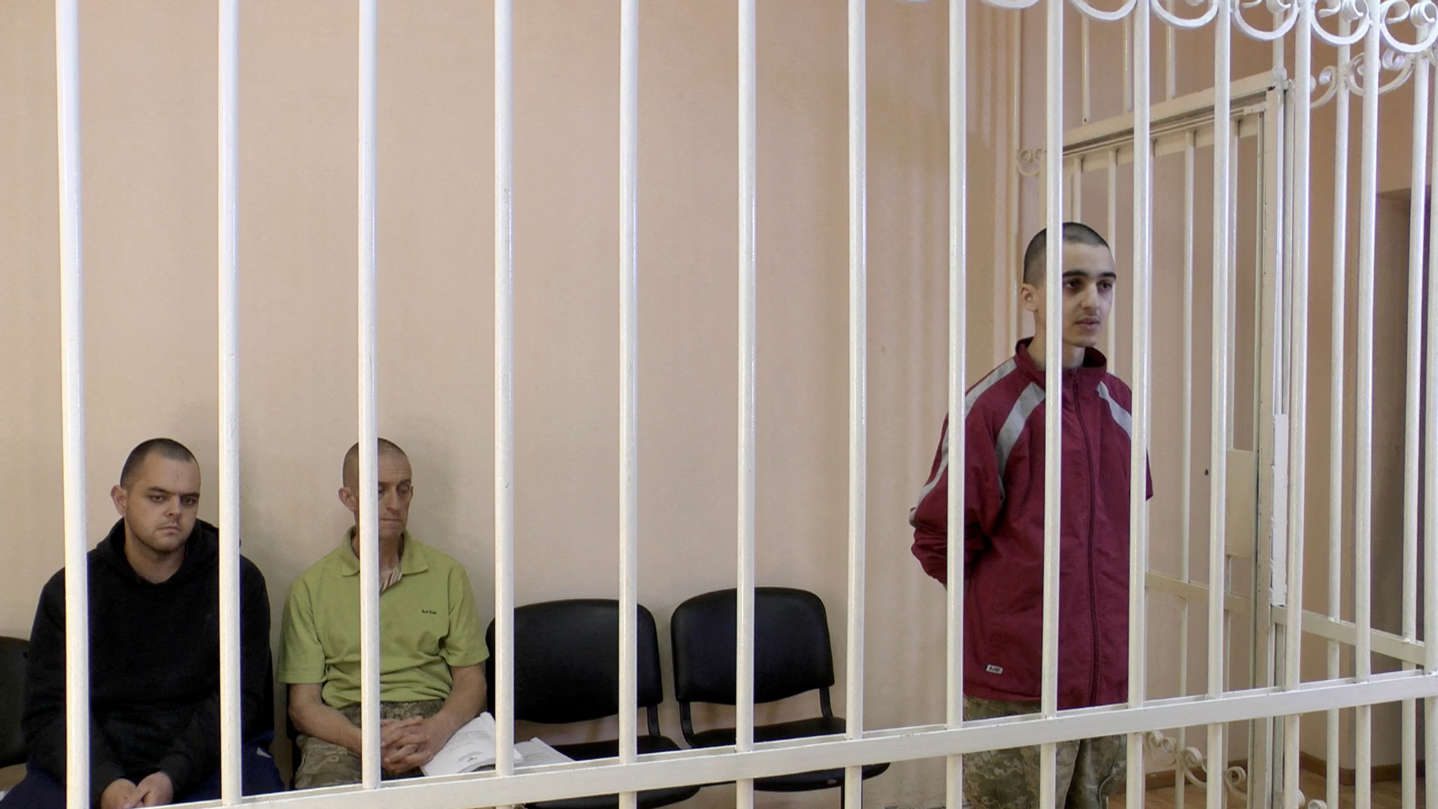 Britain is prioritising talking to Ukraine rather than Russia on the situation of two jailed British men who have been sentenced to death in one of Russia’s proxies in eastern Ukraine, Prime Minister Boris Johnson’s spokesman said on Friday.

Two Britons and a Moroccan who were captured while fighting for Ukraine were sentenced to death on Thursday by a court in the self-proclaimed Donetsk People’s Republic (DPR) on Thursday.

Foreign minister Liz Truss condemned the sentencing of Aiden Aslin and Shaun Pinner as an egregious breach of the Geneva convention and raised the issue with her Ukrainian counterpart in a call on Friday.

“Our priority is working with the Ukrainian government to try and ensure their release as quickly as possible,” Johnson’s spokesman said, adding that their membership of the Ukrainian army afforded them protection under international law.

“They’re afforded protection under the Geneva Convention as members of the Ukrainian Armed Forces, which is why we want to continue working with them closely to try and get them freed as quickly as we can.”

Asked if Britain would talk to Russia to secure their release, the spokesman said “we don’t have regular interaction with the Russians.”

Russia’s foreign ministry said Britain’s reaction to the sentences was hysterical, and that Britain should appeal to the self-proclaimed DPR authorities about the soldiers.

Britain does not recognise the DPR and the Ukrainian government has no control over the parts of eastern Ukraine that the separatists hold. Russia has deployed massive firepower in the region to extend the reach of the separatists as part of its invasion of Ukraine, which it terms a “special operation”.

Russian Foreign Minister Sergei Lavrov said the two Britons and Moroccan, Brahim Saadoun, had committed crimes on the territory of the self-proclaimed state trying to break away from Ukraine.

Among United Nations member states, only Russia recognises the entire Ukrainian province of Donetsk, much of which remains under Ukrainian control, as the independent DPR. The territory is internationally recognised – including by Britain – as part of Ukraine.

A senior Ukrainian official said that Russia wants to use the three foreigners has hostages to put pressure on the West over peace negotiations.

From her special diet to high-intensity workout, here’s is everything you need to…